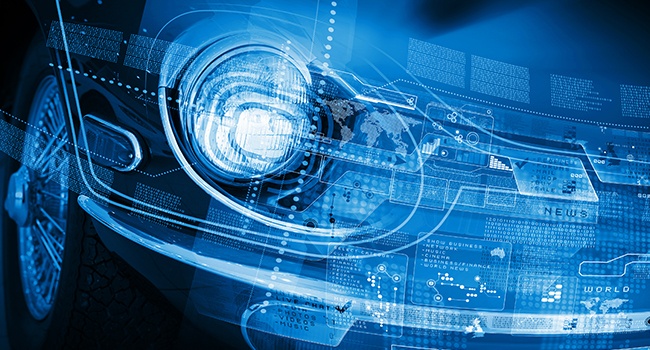 In this new series, we will present some of the most exciting IoT products launched or in development. Perhaps something here will inspire you as to how the Internet of Things can benefit your own business.

Your car will soon pay for fuel, parking and donuts by itself

Visa, Honda and ParkWhiz have joined forces to launch a new in-car payment system this Spring.
When world-leaders in payment processing, car manufacturing and on-demand parking apps put their heads together, we expect a highly valuable outcome. Or as the parties announced already:

“The notion of transforming a car into a platform for payments is not as far off as some may think, and we have made a great deal of progress since first introducing the idea one year ago,”
said Jim McCarthy, executive vice president of innovation and strategic partnerships, Visa Inc.
“Working with Honda to test these prototypes gets us another step closer toward commercial reality, which we think provides exciting opportunities to everyone who plays a role in the payments and automotive ecosystems.”

"At ParkWhiz we are very focused on creating a frictionless, and of course safe, parking experience for drivers," said Aashish Dalal, CEO, ParkWhiz. "Eliminating the need for drivers to take tickets or check out at pay boxes is a giant step toward a frictionless experience and a big win for drivers. ParkWhiz is thrilled to be partnered with Visa on this ground-breaking innovation."

As announced at the Mobile World Congress 2016 in Barcelona, Spain, Visa is making the Visa Token Service available to automotive manufacturers, which is indeed an interesting step forward in the IoT era. In partnership with Honda and ParkWhiz, a demonstration of the in-car Visa checkout feature was performed during the event.

In order to bring greater simplicity and convenience to the everyday tasks of the end users, Honda developed and integrated the solution into their head unit. This brings new possibilities to situations that involve payment processing, such as refueling and parking.

Fuel App Concept:
Pay for fuel simply by tapping the dashboard screen, without leaving your car. Each time your car is running low on gas, the fuel app detects this and prompts you to visit a nearby service station.  As soon as you have parked next to a pump, the app will know the exact amount of fuel required and calculate its cost. You could also buy convenience store items such as coffee and donuts, even using any relevant reward programs.

Parking App Concept:
Park your car and activate the app. Once you return, tap the screen to complete the transaction and the app will automatically pay for the elapsed time.

IoT is more than a buzzword and the world is clearly moving into a more connected state. By keeping a close eye on the hard trends and staying innovative, Visa refuses to sit back and watch the train leave the station. They are fully aware that the world is headed towards more digitalized payment methods and in order to stay competitive, they want to remove as much friction as possible from the payment process.

Faster and more convenient payment methods tend to lead to increased revenue for the vendor, and higher satisfaction for the end user.

In the digital age, people value convenience and welcome the ability to pay for something without leaving their car. They might be willing to pay extra for a car that has this technology included, either for the convenience or the novelty of the feature. However, as soon as all the car manufacturers include this technology as a standard, consumers will expect these features and the margins will be slimmer.

Payments by a simple tap on the dashboard screen could result in higher spending. Science has proven that paying with cash causes a chemical reaction in the brain, which makes us feel a sense of loss. This reaction was not shown to the same degree when paying with a card.

We can safely assume that end users will soon be able to check their account balance using the same dashboard screen as they do for payments.

As the chips are already integrated into the cars, we can expect other features to follow. For example: Paying for amusement park entrance fees, or sporting events, while parking outside.

The ability to pay for a car wash, drinks and snacks via the dashboard already exists. This is expected to be extended to more products, loyalty programs, and road tolls. A lot of new IoT products now add support for payments and we expect to see this trend continue over the coming year