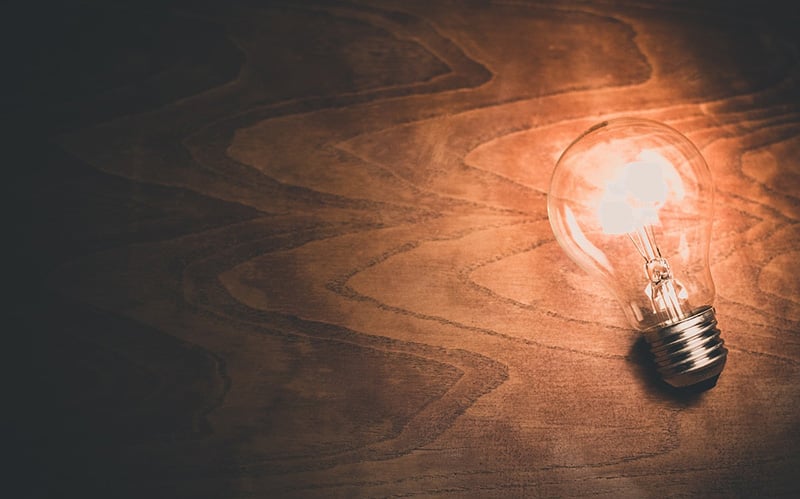 Every year, the Consumer Electronics Show is a razzle-dazzle of shiny new things. We dig a little deeper to discover the true IoT innovations on show at this year’s showpiece event.

As always, this year’s CES in Las Vegas was a fantastic showcase of new gadgets, with everything from even smarter TVs to robot vacuums to flying car concepts on show.

While you can’t gauge too much from individual product announcements, the sheer numbers of hardware manufacturers present at CES means it’s easy to spot trends.

While consumer products are the focus of the show (it’s the C in CES after all!), there’s always a few pointers to the latest developments in industrial and infrastructure applications too.

After beating its $100,000 funding goal on Kickstarter, the Mui Smart Display was shown off to a wider audience. Aiming to be a smart home control hub with a swipe-to-appear digital display and Google Assistant voice and text compatibility, Mui may not seem new at all. Tech-wise there isn’t really much new here, but what’s new is the design aesthetic.

Built from natural wood, Mui aims to be a calm device that blends seamlessly into a relaxing home environment rather than a needy attention-seeking device. We think this will be especially popular in Scandinavia where it will be right at home in all the wooden holiday cabins along the coastline and in the mountains!

In a similar move to blend home assistants in to everyday objects, the Capstone Smart Mirror allows you to access Google Assistant, check weather and traffic reports, and even play YouTube videos. Whether you’ll want to do any of this while brushing your teeth remains to be seen.

As you’ve probably worked out already, Google Assistant was a common sight at CES. Availability expanded massively in 2018 to 80 countries in 30 languages, and Google is now easing the path for hardware manufacturers to integrate their device through Assistant Connect.

Wireless charging from a distance

Wireless charging has been around for a while now but is still yet to take off in the mainstream. Energous have dubbed their WattUp RF-based distance charging technology wireless charging 2.0. It enables both contact-based and over-the-air wireless charging for small electronic devices that frees users from the hassle of having to always actively charge their devices.

This is exactly what wireless charging should be and it will be interesting to see how the technology moves into implementation. Energous CEO Steve Rizzone was bullish about the prospects. "This technology will be in a smartphone," he said, following up with “this has the potential to be as ubiquitous as Wi-Fi”.

One of the most intriguing announcements of the convention was from US telco Sprint and the city of Greenville in South Carolina. Sprint’s Curiosity IoT platform and 5G connectivity will "bring smart city use cases to life" in what is essentially a real-life test-bed for smart city capabilities. The 60,000 residents of the city, located roughly midway between Atlanta and Charlotte, can expect to see connected vehicles, autonomous drones and other smart machines that rely on location-based technology to become a reality in the years to come.

The two most notable examples on show at CES were Bell’s Nexus hybrid-electric air taxi, and the Hyundai Elevate, essentially a robotic walking car. While neither presented a working prototype, it’s fascinating to start thinking about how we’re going to move around the smart cities of tomorrow, and what opportunities that brings.

The internet of… space

While 5G technology was the dominant talk among show attendees, there was little to see beyond hype and confusion (such as AT&T's usage of 5G E for its advanced 4G LTE network). Meanwhile, one small satellite company with big ambitions aims to fill in the gaps of the cellular network.

Working with the likes of the European Space Agency, Astrocast currently have two nanosatellites in low-earth orbit with plans to launch a total of 64. They say that’s enough to handle the communication needs of millions of connected devices.

The nanosatellites will handle once-a-day transmissions and are specifically designed to offer coverage to remote areas. At CES the company profiled two use-cases: filter monitoring of water purifiers in Africa and fish-locating ocean buoys. Other possible application areas include remote mines and offshore oil and gas installations.

What caught your eye at CES this year?