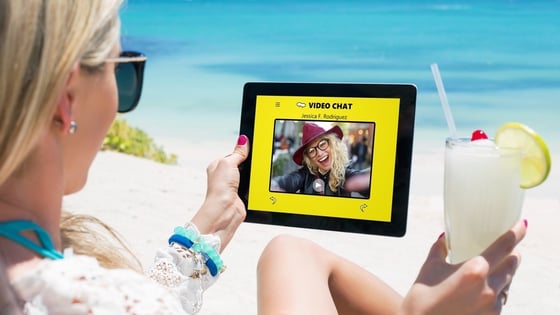 Launched just weeks ago, Snapchat spectacles have taken the world by storm, even though – and probably because – very few people have managed to get their hands on a pair yet.

The core purpose of the glasses is to let the user record their lives, POV style, through a lens built-in to the frame. Captured video transfers via Bluetooth to the user’s smartphone, where it can be played back and shared via Snapchat.

The product itself is fashionable and surprisingly subtle. Unlike Google Glass, this is a wearable that doesn’t instantly scream cyber-nerd. It’s also well-put together. There’s few seams and screws, while the supplied case doubles as a charger.

One Business Insider journalist said: “From the first moment of opening the lid to pairing the Spectacles with my phone, they were everything I hoped they'd be: well-designed, stylish, fun, and easy to use.”

Snapchat has played the scarcity card to perfection.

At the moment, the only official way to get your hands on a pair is from a pop-up vending machine that has been touring the USA. The location of the vending machine is advertised online on the day itself, and those within the vicinity who can get there in time can grab a pair at USD $130.

This scarcity model has led to pairs selling on eBay for well over $2,000. There is also a burgeoning market in renting pairs for a couple days. Companies including Lumoid and Joymode are renting out pairs for between $10-20 per day, but you have to live in the USA and be prepared for a long wait.

Scarcity is a fantastic marketing tool. When used correctly, it helps make a product go viral and creates a visceral demand. When used incorrectly, it can create bad feeling and lead to a lack of trust. Have you ever noticed how your local furniture store always has a final sale?

Snagging the domain name spectacles.com was a pretty smart move, too.

The confusing company that just keeps on growing

Snapchat is a curious beast and if anything, their success highlights the difference between generations. The first social network truly designed for the mobile-first generation, early iterations of Snapchat were popular among teenagers and flew under the radar of many adults.

The image-led sharing of specific moments and the self-destructing nature of said images created a more conversation-like feel than anything that had gone before.

Many experts predicted Snapchat was a fad that would be gone in the blink of an eye, but here we are in 2017 and the company is still flying high.

You might not understand the appeal, but that doesn’t matter. Snapchat’s target audience does, and that might just mean that the company eventually takes a seat alongside the Apples, Microsofts and Googles of this world.