If you have a child with autism, you’ll know just how stressful stimulation overload can be. Wearable technology could soon help anticipate an episode and allow parents to remove the child from a stressful situation.

Although the exact nature of stimulation overload is different for every child on the autism spectrum, wearables can be used to detect when stress levels are rising.

According to a recent report in Forbes, the team behind Reveal, from the University of British Columbia’s student-led AwakeLabs, wants to start putting emotional and environmental control back in families’ hands with mood-monitoring data that can help anticipate meltdowns before they happen, and even prevent them.

In this case, the wearable technology is nothing new, but it is the application of the technology that is the interesting thing. The brightly-colored band, which looks like a slightly larger version of a fitness tracker, has built-in sensors to monitor heart rate, body temperature and sweat levels.

> Read also: Health record implants: Will we ever get there?

The smart stuff happens in the app, which is installed on the parent or caregiver’s smart device. The data-based insights offered by the app can help them to understand when, how and why meltdowns might happen, and over time be able to predict an upcoming episode early enough to prevent it.

The group recently missed their crowdfunding target of $50,000, but still managed to raise $37,261 to enable further development of the project.

The team’s original aim was to build a device for those in high-stress jobs, but they quickly discovered its potential to make a real difference for children with autism. They plan to further test what they call the ‘anxiety algorithm’, before branching out beyond children on the autism spectrum.

This is a fascinating case study in the development of wearables. Hardware is often seen as the innovator when in it comes to IoT, yet as Awake Labs are proving, the innovation so often lies within the software.

It's this idea space between wearable hardware, Bluetooth low energy, mobile applications, data models and science where we expect to see some really exciting developments over the coming years. 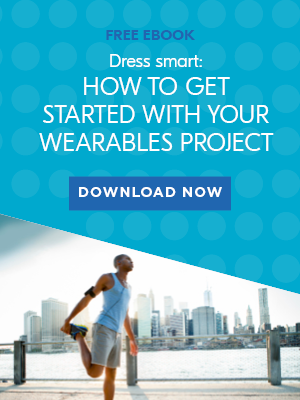