Authentication 101: A Question of Trust 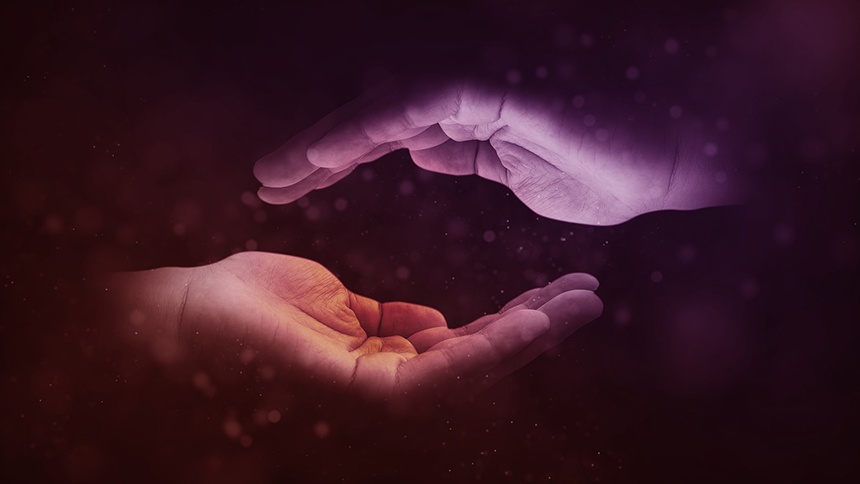 Establishing the true identity of the other party is a fundamental security principle for IoT developers. Let’s take a dive into the basics.

Authentication has been a challenge ever since humans started to transact with people they didn’t know personally. In a connected world, transactions between unknown parties are commonplace so it’s never been more critical to get it right.

Authentication based on a username and password is the most commonly encountered method, as it’s easy to understand and simple to implement. It aims to establish the identity of the client accessing resources on the server, but with usernames and some passwords relatively easy to crack, establishing the client’s true identity is a long way from guaranteed.

A common way of authenticating a server is through digital certificates. The server provides the client with a certificate containing its identity information, public key, and the authority which has issued the certificate.

The server’s identity is established with a third-party entity, as the client connects with the authority to authenticate the certificate itself before making use of the information on it.

The foundation of public key infrastructure

The de-facto standard for digital certificates is the ITU Recommendation X.509, the foundation of Public Key Infrastructure (PKI).

Widely known as X.509, it defines the format and contents of digital certificates and provides a framework for obtaining and trusting a public key of an entity in order to verify its digital signature.

X.509 also addresses the need to manage certificates with Certificate Revocation Lists (CRLs), and an infrastructure for managing authorization with Attribute Certificates.

The simplest model upon which a trust relationship is based involves 3 parties: 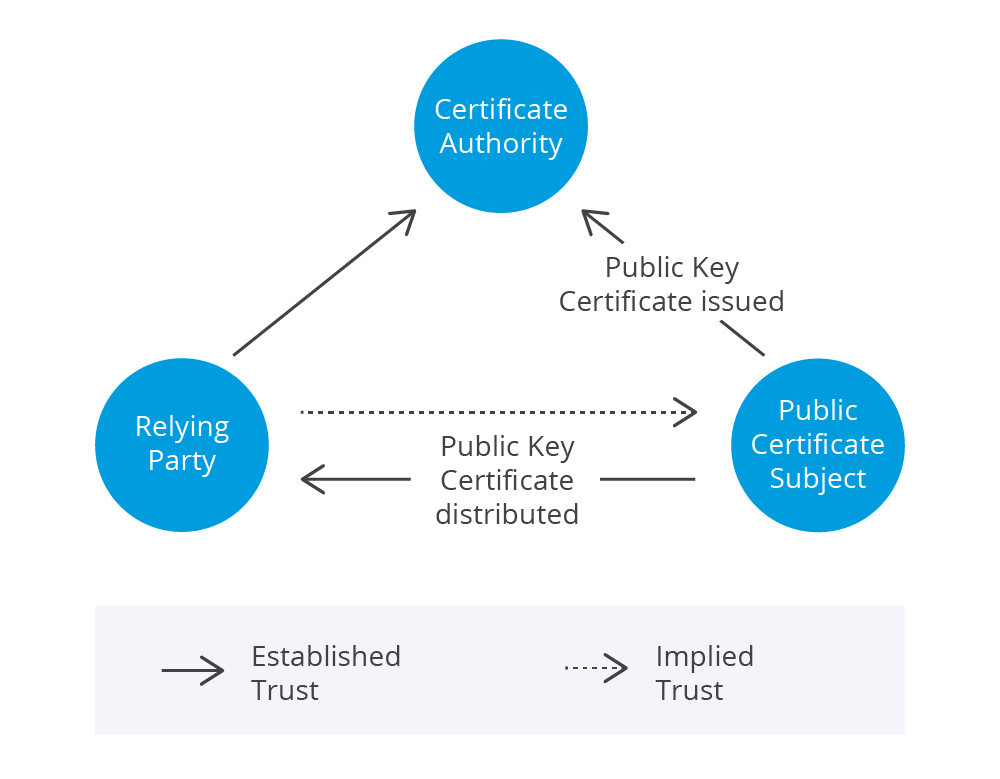 This model applies when there is an established trust between the trust anchor and the RP. An example is an internally-maintained private trust anchor in the same organization as the RP and the Subject. 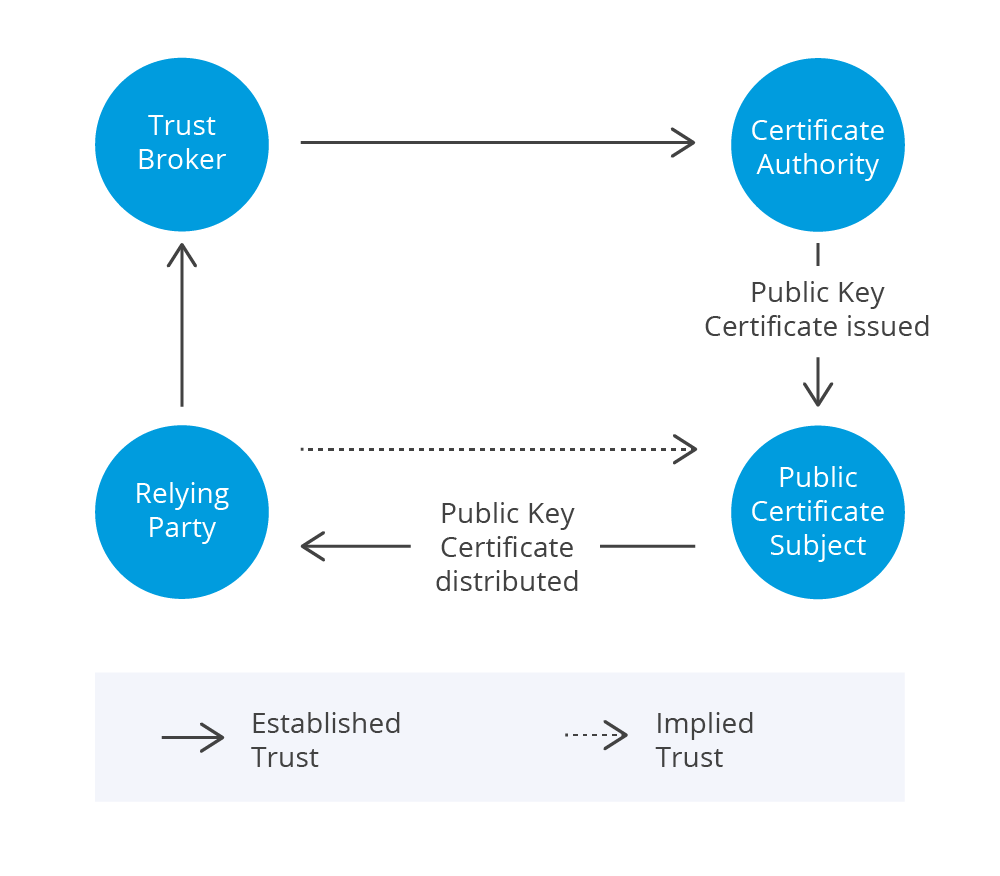 In both cases, an implied trust is established between RP and Subject based on the verified Public Key Certificate (PKC).

A PKC, which is also widely known as SSL certificate or X.509 certificate, binds the identity of the Subject with the Subject’s public key. The Subject can be identified with the distinguished name field in the certificate. 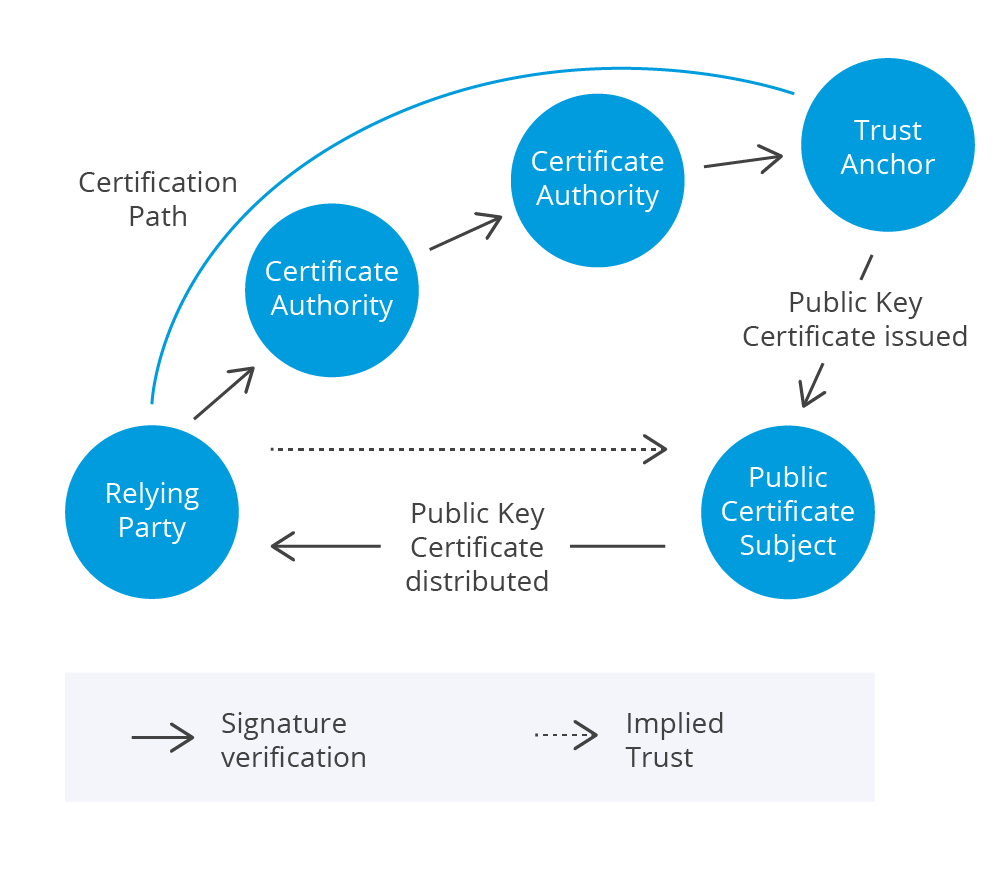 The ultimate authority over trust

A very important entity defined in X.509 is the Trust Anchor: a public key and associated information that acts as the ultimate authority for verifying the authenticity of the certificates. The process the RP takes to verify certificates with the Trust Anchor is referred to as public-key certificate validation.

Certificate Authority can be maintained in-house or sourced from service providers. In most cases, a professionally managed CA is a better choice as it is a true third-party independent of RPs and Subjects. An internally maintained CA is only trustworthy up to the boundary of the organization maintaining it.

How is the authentication carried out?

> Read more: Secure IoT commissioning: How hard can it be?

For symmetric authentication processes, the reliance on knowledge of a single piece of shared information introduces a single point of failure to the process. Encrypted storage and an insistence on long, complex passwords is the farthest one can go to guard against attack, but it is inherently difficult to protect passwords aggregated in a single database.

There is also no shortage of challenges for asymmetric authentication processes such as those based on X.509. The Certificate Authority is always a target of attack and any security flaw leads to the potential issue of rogue certificates. This can paralyze an entire organization by breaking down the trust among entities.

For authentication schemes that depend solely on in-band communications, another challenge lies in protecting partial secrets passing through the communication channels. There is an inherent risk of man-in-the-middle (MITM) attacks, which can only be defended against by using Multi-Factor Authentication.

The first line of defence

Regardless of the challenges, a sound authentication scheme is the critical first line of defence against malicious attacks. Proper authentication support is a pre-requisite for connected devices in this day and age. 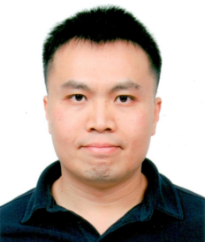 Ken has joined Nordic Semiconductor in Hong Kong as a Field Applications Engineer in 2015. In addition to providing technical advice to customers before and after sales, Ken is also actively involved in various marketing activities including seminars, trade shows and training.