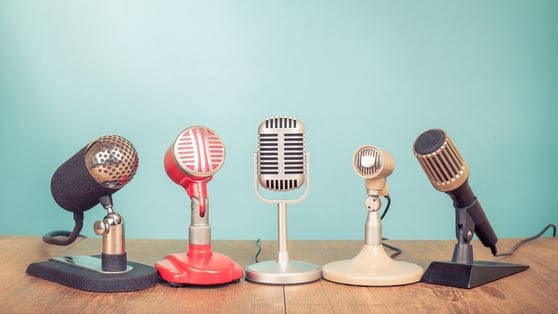 Bluetooth 5’s benefits are about much more than increased speed and extended range. Low energy advertising extensions are also a major enhancement.

Advertisements are used by devices to broadcast data and information that can be discovered and processed by observer devices. This means information can be broadcast to multiple devices at the same time, as opposed to Bluetooth connections, which only allow peer-to-peer communication.

The release of the Bluetooth 5 specification promised new functionality for connectionless services such as location-relevant information and navigation. By adding significantly more capacity to advertising packets, Bluetooth 5 aims to quicken the deployment of beacons and location-based services to users around the world.

Read more: Bluetooth 5: What to expect

Advertising extensions in Bluetooth 5 provide the capability to offload advertising data from the three traditional advertising channels to the full set of data channels for more frequency diversity. More efficient use of the 2.4 GHz band should enable developers to increase the rate of advertised packets, as well as utilize the new PHY modes, paving the way for better streaming and beacon solutions.

All these LE PHY’s supported by Bluetooth 5 can be used for advertisements with the introduction of advertising extensions:

In Bluetooth 4.0, all advertising was done on just three channels. Bluetooth 5 improves this mechanism by allowing a small header packet sent on the three primary advertising channels to point to a larger payload sent at a later time on one of the 37 data channels.

This removes the need to duplicate the data payload on all three advertising channels, while allowing considerably more advertising data in the area before running into coexistence issues.

The specification for extended advertisements in Bluetooth 5 is almost as large as the entire original Bluetooth 4.0 specification. There are some key differences to understand before delving into development, including:

Because older devices that don’t support Bluetooth 5 will not be able to discover extended advertisements, an advertising set with legacy advertising PDUs for older scanning devices should also be used, at least until Bluetooth 5 supported hardware is commonplace in the market.

Beacons can now broadcast more data and allow for a better user experience. Connectable devices can also utilize this to send more data and allow connections on the secondary advertising channels (which can help avoid interference and noise from other devices broadcasting on the primary channels).

Although beacon applications stand to benefit most from these extended advertisements, there will be a wait involved until relevant devices such as smartphones and tablets fully support Bluetooth 5 advertising extensions. It's a wait that will be worthwhile, as there is a big potential for new applications and for the use of Bluetooth in more markets.

The development of the Bluetooth standard didn’t stop with version 5, and subsequent updates have brought new features and improvements.

The 5.1 version focused primarily on adding direction-finding support to serve the indoor positioning use case where Bluetooth beacons need to be located with a high degree of accuracy.

The headline feature of version 5.2 was support for LE Audio, which improves the existing audio support in Bluetooth, aiming to increase battery life, sound quality, and feature set for Bluetooth audio applications.

Common for both of these features is that they leverage the advertising extension functionality added in version 5 in new ways. Depending on the use case, both direction finding and LE Audio can be used either in a broadcasting or a connected mode. When broadcasting is needed, advertising extensions will provide the data throughput and flexibility required by these two features.

Future updates to the specification will likely find even more ways to utilize advertising extensions, making this an integral part of many different Bluetooth products.

This is an updated version of an article first published in December 2017.