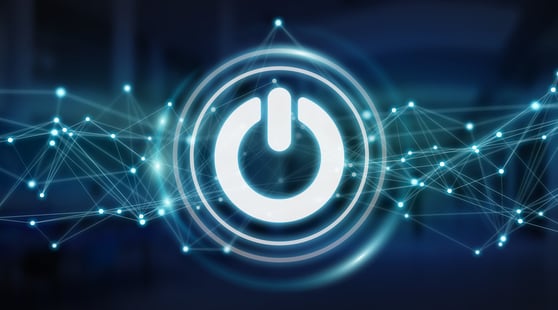 Battery life is one of the most important considerations when designing wireless products. If it is too short, users will have to charge or change batteries often, leading to frustration and possibly less use of the product. But as well as making sure your battery has enough capacity, you need to make sure your product is using it effectively.

A battery should technically refer to multiple cells connected either in series (to double the voltage) or parallel (to double the capacity) but in most applications the distinction is unimportant and both battery and cell are used interchangeably. They can be tiny, such as in a hearing aid, or bulky, such as in an electric car. Finally, batteries can also be either single-use or rechargeable.

The effect of voltage

The maximum voltage of a battery is fixed by the materials used in the electrodes. The voltage of a typical CR2032 Lithium Coin Cell is 3V. As the charge in the battery decreases, the IR increases and the effective voltage decreases. Most electronics will have a minimum operating voltage, known as the Functional End Point (FEP). Once this is reached, the battery is effectively dead.

The manufacturer of a battery will give data on the nominal capacity, i.e. the capacity the battery will have under perfect conditions. For a typical CR2032 cell, a constant draw of 0.5mA or less will get pretty much all of the stated capacity. This is similar to how an old unconnected analogue watch uses its cell.

If we increase to a constant draw of 2mA, we only get around 85% of the capacity. Increase this to 3mA the capacity drops to as low as 60%.

Modern electronic devices don’t have a constant current draw. They have a low background draw interspersed with a high peak draw. This high draw can reduce the effective capacity further. This is due to a combination of the IR, which causes an immediate voltage drop whenever a high current is drawn, and the chemical reaction. Put simply, the reaction can’t keep up. The longer the pulse, the more damage is done to the battery. The battery eventually recovers, if given the time to catch up.

A short pulse of peak current, say 7mA (typical of a Bluetooth Low Energy radio) for 2 millisecond (ms) followed by an idle period of 25ms is well within the limit of a CR2032 battery to get the best possible use of its capacity. Repeated peak currents higher than 10mA can cause a permanent capacity reduction to the CR2032 battery, and must be avoided.

There are a number of things you can do to avoid battery related problems.

First of all, choose the components that operate at the lowest voltage and have the lowest peak and average current consumption. If you do this, you will be able to utilize the battery’s full capacity.

Next, ensure that you only use current when you need to. For example, reducing the duration of radio communications as much as possible and increasing the idle time will greatly increase efficiency. Electronic components often use a large amount of current initially, which then falls once they’re up and running. If you alter the order and timing of when components power up, you can minimize the peak current and hence prolong the battery life.

Once you’re settled on what the peak and average current consumption of your application will be, it’s time to pick the right battery for the job.

The right battery for the job

The lower the current consumption, the more batteries you can choose from, in order to find the right match between price, availability, battery lifetime and performance.

Test your battery use in realistic situations to ensure they perform as planned in the real world and not just under laboratory conditions.

Smooth out the current drawn with a super capacitor

If your application’s peak current consumption is too high for the desired battery, you can remedy some of it by using a super capacitor in parallel with the batteries.

A super capacitor will smooth out the current drawn from the battery by acting as a buffer and help retain more of the optimum battery capacity. Capacitors will also overcome the effects of IR in the battery if its base IR is too high for your application. As additional components will increase the cost of your product, this should be carefully considered before designing in a super capacitor.

If you get your battery choice wrong, at best your product will perform poorly and at worst, it could even explode. Needless to say, this leads to bad will among consumers, expensive product recalls, compensation claims, and reputational damage which can be impossible to repair.

Designing a product with great software, great components and the most suitable battery are the building blocks of success with the Internet of Things.

This article was first published in November 2016