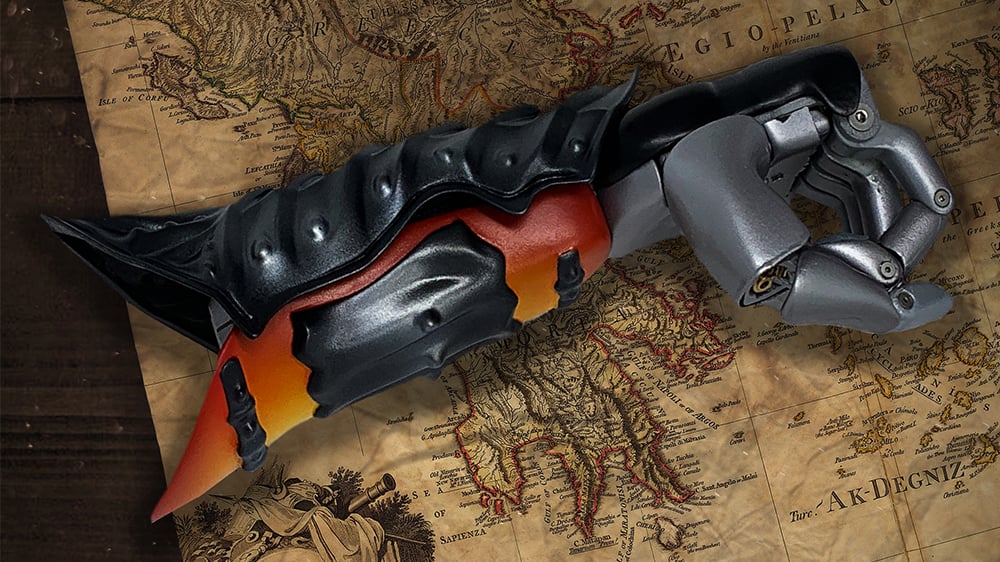 "I think a hero is an ordinary individual who finds strength to persevere and endure in spite of overwhelming obstacles."

These are Christopher Reeve's words. The iconic actor portrayed Superman in the 1978 blockbuster and its three later sequels. Reeve himself had to endure such obstacles towards the end of his life after becoming paralyzed from the shoulders down following a horse-riding accident.

Today, as life imitates art, a combination of adversity and technology creates the next generation superheroes. Like Limbitless Solutions, a non-profit organization spun-off from the University of Central Florida. The team of now former students is developing technology that empowers children with limb differences.

To make the limb work, non-invasive electromyographic (EMG) sensors pick up signals generated by muscle movements in the child's arm. The sensors are stickers placed on the upper arm above muscle groups that move when flexed. When an EMG signal is detected, the bionic arm actuates. Below this is a socket to hold the prosthetic in place, matched to the individual child, and it fits regardless of whether or not the elbow is present. The forearm section of the bionic arm contains a battery pack that powers the motors controlling the multi-gesture movements.

The hand unit contains the core electronics and motors for the fine control of the individual fingers. This unit includes an Insight SiP ISP1507-AX RF module based on Nordic Semiconductor's nRF52832 SoC. It enables the bionic limb to be set-up, adjusted, and monitored wirelessly via an iOS or Android partner app. For example, by configuring the app, you can determine the degree of muscle-flexing required to generate a particular force in the fingers. The app also provides easy access to status information such as the battery level.

Learning to use a new arm takes practice; determining the various thresholds of muscle strength, for example, is difficult. So to make it fun and engaging, Limbitless Solutions has gamified the process. The Nordic-powered Insight SiP module acts as the Bluetooth LE wireless controller for a computer- or tablet-based game. The games take a classic level-based approach, starting with simple gestures such as opening and closing the hand and then unlocking additional, more complex manipulations as each level is completed.

In addition to the looking part, the prosthetic arm must be comfortable, lightweight, and easy to use. The miniaturized eight by eight by 1 mm module is suitable for this purpose as it is for any other space-constrained application. Meanwhile, the Bluetooth LE connectivity allows parents to easily calibrate and adjust the arm from their smartphone, using a wireless technology they readily understand.

Cosmetically realistic myoelectric hands that open and close can cost $20,000 to $30,000 or even more, while a neuroprosthetic arm may cost as much as $100,000. By combining cost-effective 3D printing with affordable electronics and wireless technology, the company believes it can reduce production cost to as little as $5000 per bionic arm. Essential if the technology is to become widespread as children outgrow prosthetics quickly.

As a natural next step, the company has expanded its vision to support adults with limb differences—particularly veterans and first responders—of which there are unfortunately many in the United States. According to the Amputee Coalition, nearly two million people live with limb loss in the U.S. Approximately 185,000 amputations take place each year, a number expected to double by 2050.

Through the process of a clinical trial, Limbitless Solutions has so far gifted 40 bionic arms to 36 children and teenagers. By expanding its R&D and manufacturing capabilities soon, the company hopes to increase to 100 through gifts and donations. If successful, the project could give families and children hope worldwide and create thousands of more superheroes in the process.