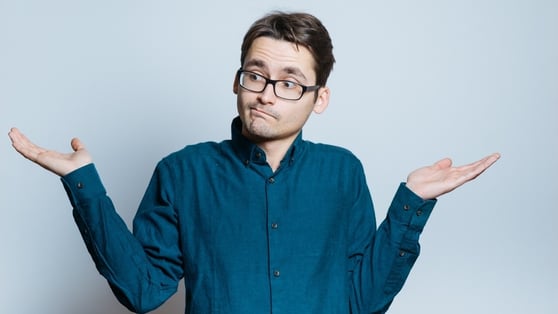 With faster speed, longer range, and higher bandwidth, Bluetooth 5 might seem like the perfect communications method. Yet with a close look, we can see that although Bluetooth offers important benefits, it’s not all things to all people.

A tale of two Bluetooths

According to the Bluetooth SIG website, ‘Released on 6 December 2016, Bluetooth 5 quadruples range and doubles speed of low energy connections while increasing the capacity of connectionless data broadcasts by eight times. It achieves all this alongside its industry-leading power performance.’

This is great marketing but it’s also only half of the story. The speed of Bluetooth is indeed doubled in Bluetooth 5. This is fantastic news as more data can be transferred, more quickly, without having to increase the power budget.

Likewise, you can transmit data over a range of up to four times that of Bluetooth 4.2. In this case, the peak currents will be the same, but the average current will increase since the packets take longer time to transmit in the long-range mode (up to 8 times higher average current in the worst case, down to around 4 times higher in a more typical low data rate use case).

The trade-off with Bluetooth 5 is that you can have double the speed or four times the range, but not both! To transmit lots of data over large distances requires a lot of power, and so there will always be technologies better suited to that requirement.

Still, this doesn’t mean Bluetooth 5 is disappointing. The standard is a great leap forward for low-power communications. Many of the use cases for high-bandwidth communications don’t require very long-range anyway, such as streaming music from a phone to headphones over a few meters. But it will also enable applications such as better, faster image sharing and even low-power video streaming.

The large increase in range will be vital for improving the smart home or smart office. Sometimes one end of a building will be out of the range of the other end for Bluetooth communications. If all you need to do is send a few bytes to turn a switch on or off then the flexibility of Bluetooth 5 makes this much easier.

Not only that, it is also possible to switch between high speed and long-range modes dynamically, depending on the distance between the communicating devices. Imagine a remote-controlled toy that can be controlled over large distances using the long-range mode, to then switch into high-speed mode when it gets close enough to facilitate efficient transfer of images, sensor data, or firmware updates.

It is even possible to use different modes in the TX and RX direction, in cases where you have a stronger signal in one of the directions (very common when one end of the link is a phone, since they all have different TX and RX characteristics).

The main wait now is for phones to support all the new features introduced by Bluetooth 5. Samsung released the first Bluetooth 5 compliant smartphone – the Galaxy S8 – recently but it will still be a while before it’s in the majority among phone users.

Also, having Bluetooth 5 compliance doesn’t necessarily mean that high speed, long-range, and increased broadcasting capabilities are supported, as these are optional features in the Bluetooth 5 specification.

With smartphone use, the emphasis will be on the increased bandwidth, offering better audio experiences and more image and video applications. Whether phones will support long-range, and to what extent, remains to be seen Most phones have to synchronize multiple 2.4GHz RF protocols on the same antenna. This makes the long-range mode more difficult to support as the packets take much longer to transmit.

Long-range is much more useful for the Internet of Things, allowing a wide range of sensors, switches, lights, and other appliances to be interconnected over larger distances. It’s likely that it will quickly become the backbone technology as its flexibility brings big advantages. Combining the option for high bandwidth or high range in a single technology while maintaining low power consumption opens a whole new range of opportunities.

Even if phone manufacturers don’t see a need to support long-range, the fact that it’s running on the same underlying technology means they’ll still be able to interact with devices that do support it.

The final piece of the jigsaw

The final promise is an eight-times increase in advertising capacity. This is fantastic news for Bluetooth beacons that will be able to send much more data over a wider range of channels potentially allowing a much richer experience for users.

Today most beacon applications require a cloud back end, because of the limited amount of data available in a Bluetooth 4.0 compliant advertise packet. A Bluetooth 5 beacon can put more of that data in the beacon packet itself, for use in areas with spotty internet connectivity, such as subways or rural areas.

Another use case for this is to broadcast a continuous stream of data, be it sound, images or other types of information, to an unlimited number of nearby receivers.

High-speed and long-range modes can be enabled dynamically only when both peers support them. Larger Bluetooth 5 beacon packets can be sent alongside Bluetooth 4.0 compliant packets to retain some functionality for phones with limited Bluetooth 5 support.

Bluetooth 5 is an exciting new technology and can be a game-changer as much as Bluetooth low energy was. It certainly promises a lot and has the potential to deliver it all, as long as you cut through the hype, remember the laws of physics, and don’t expect everything all at once!