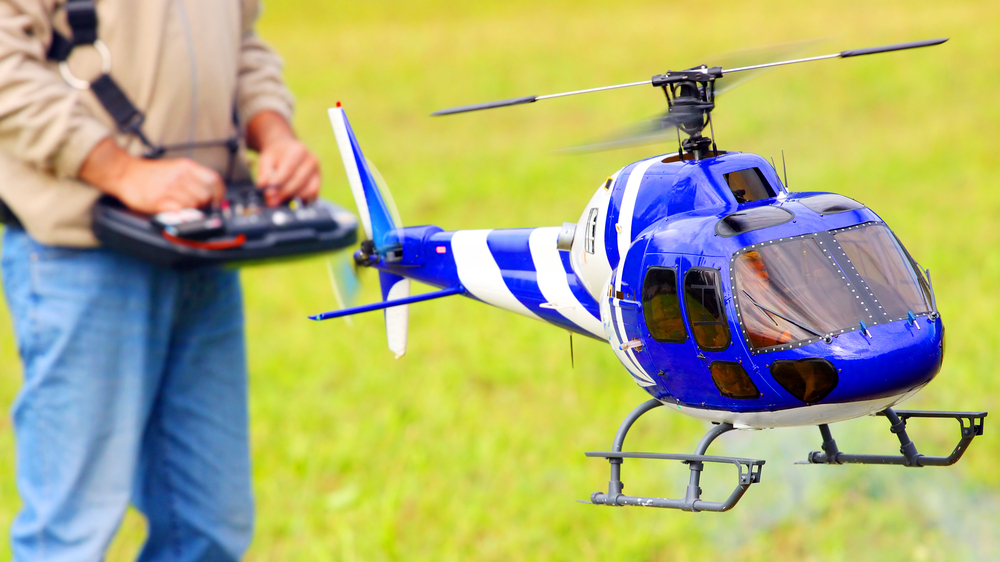 The range advantages of Bluetooth 5 open up new opportunities in the domain of remote-controlled vehicles, such as cars, boats, and drones.

Radio-controlled toys have delighted kids and adult enthusiasts for generations. The continuous evolution of the Bluetooth low energy standard makes it suitable for use in the RC domain.

Technology from toy to hobby

Initially, the first Radio-Controlled (RC) toys used the 27 MHz ‘Citizen’s Band’, split into several different channels varying from country to country. In the US, six color-coded channels are available for RC toy use:

The toy and the controller used matching chrystals resulting in a fixed communication frequency. In early toys, these weren’t changeable, so if your neighbor bought the same toy, you could suffer interference and crosstalk.

As the world of RC toys developed, interchangeable crystals were introduced to solve this issue. It made it possible for multiple operators to use the same technology in the same space by swapping crystals. It became common for people to fly a colored ribbon at the top of their controller to indicate their frequency. Regulations in most countries limited the transmitter power, and therefore range was usually around 150-200 m in most legal devices.

In almost all cases, these systems were unidirectional, so getting data back from the vehicle was not feasible.

This was the situation from the mid-1960s - when the toys first appeared - until the early 21st century. Companies then started developing systems based on the 2.4 GHz band used by, for example, Wi-Fi and Bluetooth. With Frequency Hopping Spread Spectrum (FHSS), toys could coexist without changing crystals and having to wave your frequency around on a ribbon.

The 2.4 GHz band allows for greater bandwidth. The band uses 20 MHz channel width, so it’s possible to develop systems that can, say, transmit HD video back to the operator in real-time.

Despite solving the tricky issue of fixed frequencies, 2.4 GHz also has disadvantages. Vehicles operating in this spectrum are more susceptible to line-of-sight challenges as obstacles more easily attenuate a high-frequency signal.

Modern RC receivers commonly have some fallback, setting servo/motor outputs to a predefined state if the signal is lost. That’s not so problematic for a toy car, which can simply stop, but it could result in drones not responding to your commands and continuing in the same direction. Some drones will automatically return home, while others will attempt to return to the last-known radio contact point.

Another issue is the proliferation of proprietary systems that don’t work together. To use your favorite controller for all vehicles, you probably need to purchase all the receivers from the same vendor.

Previously, Bluetooth communications could reach up to 200 m outside in the clear, although in practice, this was closer to 100 m. Bluetooth 5 extends that range to about 1000 m, or even more. If the extra range isn’t needed, Bluetooth 5 can instead take advantage of much-increased bandwidth, allowing more data to be exchanged.

Read more: Things You Should Know About Bluetooth Range

Another Bluetooth- advantage is that it can handle more tasks than simply sending a signal to say ‘left,’ ‘right,’ etc. It's easy to add options to monitor conditions such as battery level or temperature. Car traction and engine speed could, for example, alert operators of adverse conditions to take corrective action. Further, environmental monitoring in drones could allow for safer and more predictable flights.

Finally, Bluetooth facilitates a collision avoidance feature for drones. Using the enhanced broadcasting capabilities of Bluetooth 5, a drone could broadcast its location, much like a Bluetooth beacon. Other drones in the area could pick up that information and avoid any collisions.

Standardization is the first obvious advantage of bringing Bluetooth into the RC toy arena. Any Bluetooth car, boat, or drone can be controlled by any Bluetooth smartphone or controller as long as they comply with standards.

The increased range is also a great feature, even though most hobbyists won’t want to be more than 1-200 m away from their toys. However, being able to do so reliably and not having to worry about losing a connection could allow longer and more exciting racecourses for toy cars, for example.