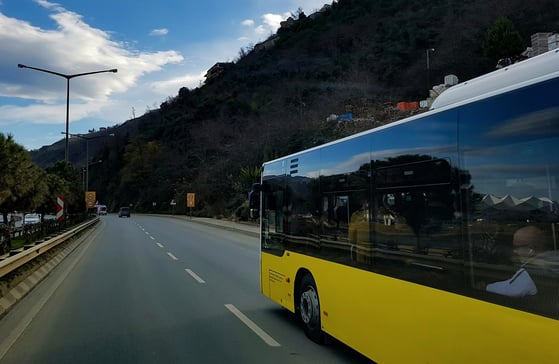 Bus passengers in a town in northern England are testing a mobile ticketing system that uses Bluetooth beacons and a smartphone app instead of buying a ticket.

Mobile ticketing on buses around the world is nothing new, but most solutions still require the user to buy a ticket. In cities where regular bus passengers already use a mobile app to pay and/or store their tickets, it’s a small step forward to automate the system with Bluetooth beacons.

The 662Pay pilot has begun on the Keighley Bus Company Shuttle service between the towns of Keighley and Bradford, and runs until 26 March. To encourage use of the service, volunteers receiving a 50% discount on their travel throughout the trial period.

Users will have their journeys recorded by the beacons before the system charges them for the best value ticket at the end of the period. For instance, if a user takes four journeys during the week, the system will automatically charge them for a weekly pass if that is cheaper than four individual journeys. This is similar to how the Oyster card system works on London Transport.

Smartphones within range of the beacon will receive a signal that tracks when the user boards the bus and how far they travel. Beacons are an interesting example of IoT technology that does not nag the user for interaction. They do most of the magic in the background, requiring the user just to tap the “ride” button on an app and show this to the driver for authentication.

Towards a fully-automated system

If successfully implemented, the Bluetooth bus ticketing system is another step forward towards a seamless automated system. In an ideal model, passengers would just board the bus with no action required from them. But such a model would require a conductor on board to check that everyone on the bus was using the system. Otherwise, what’s to stop a passenger simply disabling Bluetooth or turning their phone off before they board the bus?

The beacon requires an app to store authenticatication and payment settings for the passenger. An additional physical-web capable beacon (Eddystone beacon) could also benefit those who are not using the app, by making timetable and other location-aware information available to them in a browser.

> Read more: What's next for personal location based services