Finding your way with Bluetooth

Bluetooth Direction Finding feature brings the possibility of absolute positioning of products and things in three-dimensional space to the world of low-power wireless connectivity.

It is a significant addition to Bluetooth Low Energy’s capability arsenal. We believe it can have a similar impact for indoor situations as GPS did for outdoor positioning. GPS has fundamentally changed the world of traveling and tracking on the macro scale for cars, people and objects. Bluetooth Direction Finding can have a similar impact on the micro scale inside buildings and properties.

In addition to that, Bluetooth Direction Finding will offer new and improved use cases for real-time locating systems (RTLS) for asset tracking in a wide range of applications, from logistics and warehousing to value asset security in hospitals and factories.

Building on the success of Bluetooth beacons

Location services using Bluetooth LE have been available for a few years now, thanks to the introduction of beacons. They could approximate distance, or proximity, between objects, like a customer’s proximity to an airline check-in desk, for example.

The beaconing approach is based on Received Signal Strength Indication (RSSI), which monitors the strength of the radio signal from a source. The RSSI approach is functional, although it’s like painting with a broad brush. RSSI only brings distance information, while Angle-of-Arrival (AoA) and Angle-of-Departure (AoD) also bring direction precision. AoA and AoD use the phase of the received signal rather than just its power.

RSSI-based solutions would get you the answer “It’s somewhere near,” while with AoA or AoD, you would get “It’s exactly there.”

How it works - Playing the angles

Angle of Arrival (AoA), Angle of Departure (AoD), these two concepts are at the core of Direction Finding capabilities of Bluetooth 5.1.

In AoA, a Transmitter will transmit a specific direction-finding packet using just one antenna. A Receiver will have multiple antennas (aka antenna array or antenna matrix.) The incoming signal from the tag will arrive at these antennas with very slight time-shifts relative to each other. The shifts in signal phase seen on these antennas are sampled as IQ components of the signal. Then, with the use of associated algorithms at the receiver, these samples will yield accurate location information as received.

This method is ideal for real-time location systems (RTLS) used for tracing assets and people, whether that’s locating equipment and workers in a warehouse or medical devices and patients in a hospital.

The AoD approach flips this scenario. The transmitter sends the direction-finding packets while multiplexing between active antennas on its antenna array. The receiver picks up these packets on its single antenna. It must have prior knowledge of the antenna array used by the transmitter to make accurate IQ sampling at its own antenna, and from there, make the location calculation.

This method is ideal for indoor positioning systems (IPS), such as wayfinding in public places such as airports, train stations, museums, and stadiums. AoD could also be used for the next generation of point of interest (PoI) information systems in retail and touristic attractions. It opens the door for improved and interactive user experience. 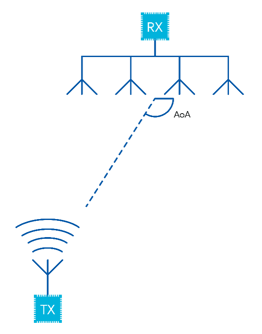 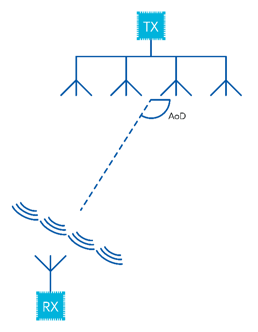 There are two sides to a Bluetooth Direction Finding-based product design. The Transmitter and the Receiver.

In the AoA method, the Transmitter is usually low-cost and staraightforward. It can deploy Nordic cost-effective SoCs such as the nRF52811.

The Receiver, which could be something mounted on the ceiling or the wall, picks up the signal using an antenna array. It runs an algorithm to calculate the angle of the received signal. The receiver may be connected to the cloud to provide a positioning engine or to further process the collected data.

In the AoD method, the Receiver, as always, is responsible for running a computationally intensive algorithm to calculate the direction of the received signal.

The Transmitter must have an antenna array to transmit AoD information on multiple antennas.

Accurate indoor positioning is a fantastic feature - most people would agree on that. But there should be a bit of cautionary guidance also. All of this relates to radio waves in transmission, and we cannot have direct control over the paths they take between Transmitter and Receiver.

The less crowded with obstacles, and the more open Line-of-Sight (LoS) scenario for this technology, the better its accuracy. As signals bounce off walls, cupboards, windows and people, phase and signal strength can be affected and introduce smaller or larger errors. However, this is a sophisticated solution to direction finding, and tests have indicated that it’s very robust even in quite challenging situations.

In short, this technology needs to be road-tested for its use case. That should give a good idea as to its suitability in your product.

As mentioned, better accuracy is more likely with an open and uncrowded scenario.

First, we could look at an example that uses AoA, a real-time location system in a stadium. With receiver(s) possibly situated above the pitch or stage area, this could receive transmissions from worn devices. The setting is very open, and seating is tiered vertically, giving good LoS properties and effective working conditions. See this demo by Quuppa, where they track Finnish Hockey players and the hockey puck in real-time during the Hockey League Finals! Quuppa uses Nordic Semiconductor SoCs as the main direction-finding component in many of their products.

RTLS can be used in a wide range of scenarios other than just in a stadium, starting from logistics and warehousing to value asset security in hospitals and factories. In such facilities, you could have multiple receivers (locators) connected to a location engine to determine where things are. RTLS can help improve productivity by drastically reducing the time needed to locate important assets. 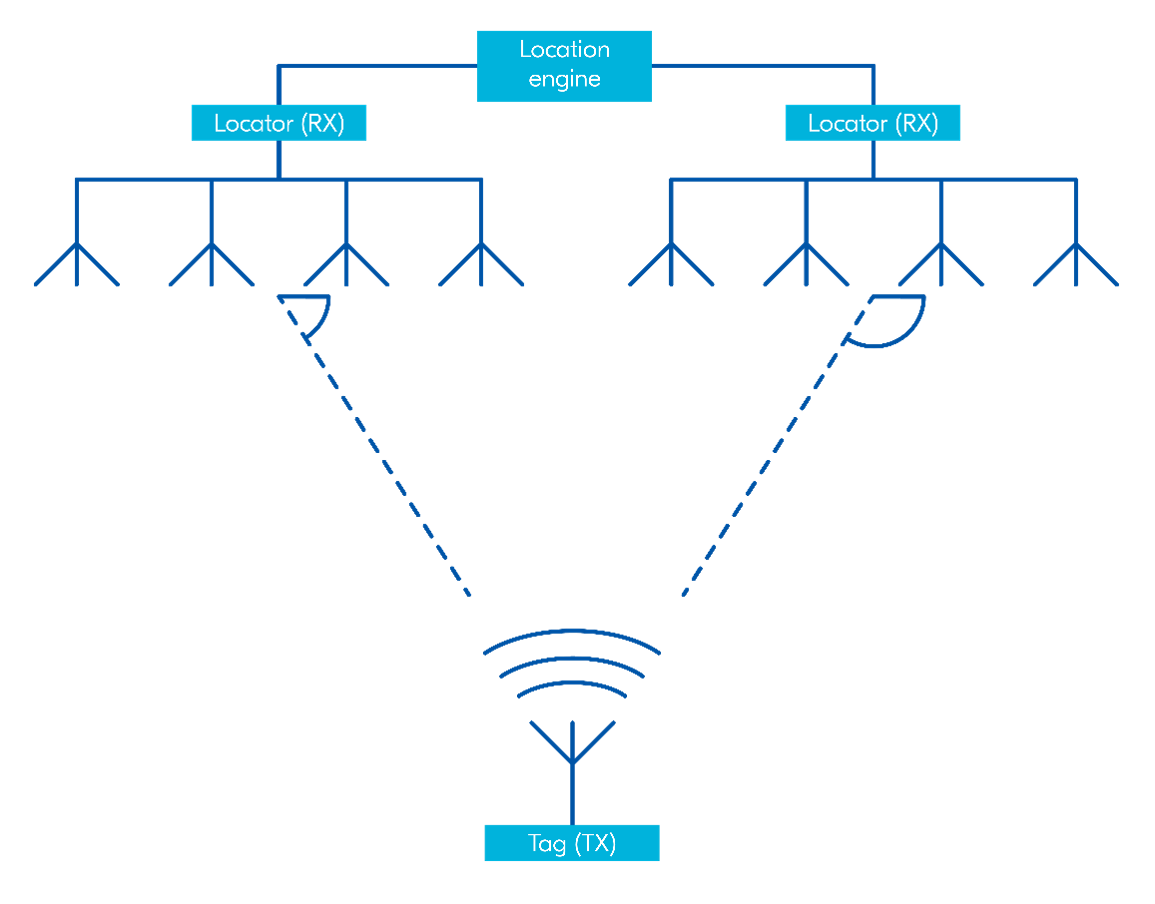 Precise indoor wayfinding (aka: indoor navigation in large public places such as airports, train stations, museums, and stadiums) is now possible with AoD devices mounted in these places. A receiver device, such as a smartphone, could pick up the signals from these mounted devices and determine its exact location inside the building. With this location service, we would know precisely how to reach our flight's gate using the shortest path, no matter where we are in an airport.

Lastly, a valuable use case is human location finding for emergencies. We’ll use a large shopping mall, or office complex as an example, with adequate locator devices available to cover all areas. This could give emergency services very accurate information on anyone who may be still in the building in the event of a fire, for example. It would allow emergency crews to get straight to stranded individuals without searching methodically through the complex while essentially ‘blind’ as to whether anyone is still trapped inside, saving valuable minutes to make contact and rescue or administer life-saving care in-situ.

All of these are multiprotocol SoCs with support for Direction Finding with AoA and AoD. They are compelling choices for direction-finding tags applications development or as comprehensive multiprotocol connectivity devices in locators as a companion device to main application MCUs.

This is an updated version of an article published January 2019.