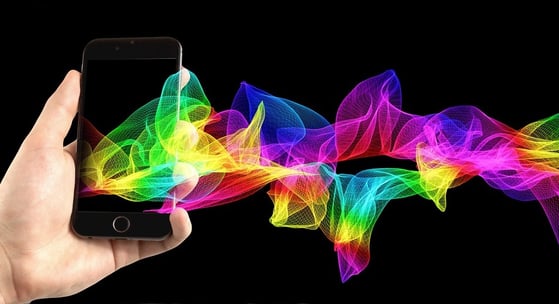 As more connected devices come onto the market there is a growing need to ensure that IoT devices can stand on their own two feet, and not rely on connections that might not always be available. IPv6 is the technology that will achieve this.

For most of the short history of the Internet of Things, smartphones have been the main way of connecting Bluetooth ‘things’ to the Internet. For many devices this makes sense. Devices that are always with us, such as activity monitors and smartwatches, can rely on a connection being available when they need it. Likewise, devices that connect to mains power can use the existing power-hungry connections such as Wi-Fi.

For many devices, it’s impractical to rely on a smartphone always being available. A smart home isn’t very smart if it stops working the moment you step out of the door! Increasingly, devices need to operate using very low power and need to stay connected even when away from a phone.

Today many smart home/IoT solutions are proprietary homebrewed technology and thus requires a dedicated gateway to translate from the proprietary technology to IP technology to connect to the internet. For making the IoT dream a reality, this is not a scalable solution.

The current version of the Internet Protocol, IPv4, has just over 4 billion IP addresses. This seemed like a lot in the 1970s when it was first developed but the massive growth of the Internet, and the number of devices connected to it, now far exceeds this. Some clever workarounds such as Network Address Translation (NAT) have allowed the sharing of addresses between multiple devices. This means that, for example, a home network of a dozen computers and phones can all share one IP address. This isn’t as clever as it seems though, because it makes communication harder and limits what devices can actually do.

IPv6 solves this problem by providing an unimaginably large number of addresses. It has enough addresses that each person on the planet could have thousands of devices and we still wouldn’t be close to running out. If every device has direct access to the Internet it not only removes the reliance on smartphones but also unlocks functions that aren’t possible today.

Most importantly, IPv6 is aligning itself with how the internet actually works today and will reuse lots of existing infrastructure. While today’s IoT devices need to be run through a smartphone, a future IPv6 world will enable direct connectivity between different pieces of infrastructure: cloud services, routers and so on, cutting out the middleman by utilizing IPv6.

IPv6 has many advantages but the major drawback at the moment is that it hasn’t been fully adopted in the infrastructure. It has been included in all major operating systems for some time. It’s possible that the device you’re using to read this article is using IPv6 for some of its Internet communications! But there are some major hurdles in the way. One of the main ones is that IPv4 and IPv6 aren’t directly interchangeable. Some ISPs and router manufacturers seem to have been burying their heads in the sand and hoping the problem will go away. Thankfully, this is changing as more devices that implement IPv6 are developed.

Adapting IoT to the Internet

Until now, most IoT devices have used proprietary solutions to get around these problems. Home automation products, that need to work whether the smartphone is available or not, often deploy a bespoke ‘hub’ that connects to the user’s router via cable or WiFi. Some enterprise routers can already communicate using Bluetooth but none of them are cheap enough to be suitable for consumers.

Eventually home routers will be able to communicate directly using Bluetooth over IPv6 to allow IoT devices and sensors to have direct connections to the Internet. This will make things much simpler and cheaper for both manufacturers and consumers. By enabling IPv6, the Internet of Things is adapting to the existing infrastructure and clould services, to enable maximum reuse of existing equipment. That is the power of enabling IPv6 in the IoT.

Once all devices are connected directly to the Internet, many things become possible. They can be accessed directly by manufacturers so that they can, for example, push software updates without the device having to check.

Consumers will be able to have confidence that the products they buy will work out of the box and not be a nightmare to install. They won’t have to buy an expensive bespoke ‘hub’ whenever they want to buy equipment from a different manufacturer. They will be also able to control all of their smart devices using a single app or website.