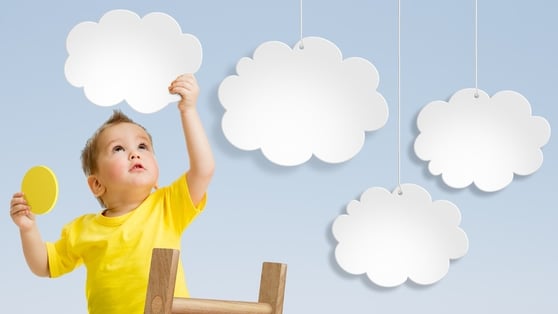 While we have talked about the Internet of Things for a long time, actual adoption in products has been relatively slow. Different products use different technologies to achieve the same end result, leading to confusion for consumers and problems with getting things to work together. What is the best way to fix these problems?

Where are we now?

At the moment the Internet of Things would be more accurately described as the ‘Internet of MY Things’. Most people have some smart devices and they all connect in different ways. An Apple Watch connects via an iPhone, Nest controllers connect through a special hub and smart TVs connect via Wi-Fi. It’s all connected in some way to the Internet, and some devices can interact with others, but it can still be very confusing for consumers.

Many different devices require their own app to connect. This is the equivalent to each website on the Internet needing its own browser and is clearly a terrible user experience for consumers.

Where do we need to be?

The ultimate goal is to have each device connected directly to the Internet with its own IP address all through a single gateway. Each device should be able to talk to all of the other devices in some way so that our smart devices are truly smart. They should all be configurable via a single interface such as an app or a secure website. Everything should ‘Just Work’ out of the box and be simple for consumers to install.

What are the problems?

The three main problems are power, protocols and address space. Devices connected to the mains, or with fairly large batteries, like smart TVs and smartphones, can connect to the Internet using Wi-Fi.

Wi-Fi is a ubiquitous and reliable and consumers understand it, at least enough to get it to work for them. But Wi-Fi is also a power-hungry and relatively expensive technology to use.

Perhaps the biggest problem is the IP address space. The current Internet Protocol, IPv4, has run out of IP addresses. Workarounds such as Network Address Translation (NAT) enabled IP sharing to effectively increase the number available but it has a number of inherent problems. With the recent explosion in the number of connected devices this is no longer the best solution.

Many efforts have been made to fix these problems. The newest Internet Protocol, IPv6, provides a huge number of IP addresses – billions each for every person on the planet – but the necessary adoption by ISPs and router manufacturers has been slow. Eventually everything will run on IPv6 and the world will be a much better place, but how much time it will take is hard to predict.

Apple HomeKit is a recent attempt by Apple to unify smart products around the home by providing a single SDK for developers to create products that can work together out of the box. This is a great effort but it still relies on iPhones and Apple TVs to work properly.

BLE has developed a lot since it was first introduced. Initially intended to allow small, low-power devices to communicate with a smartphone or computer, it is now at the stage where it can provide the necessary communications for proper independent Internet access whilst still maintaining its low power consumption.

IPv6 over BLE: A winning combination

Using IPv6 allows each device to have its own IP address so it can connect directly to the Internet. This removes the reliance on smartphones, and would allow billions of devices to connect and exchange information in a standardized way over the Internet.

As BLE doesn’t natively communicate with IP, the best way to achieve this is to use 6LoWPAN. This simplifies the IP headers, compresses data and encapsulates the IP packets to allow them to be sent via Bluetooth efficiently, conserving bandwidth and power.

The combination of Bluetooth low energy and IPv6 brings us much closer to the goal of having small, low-power devices that can communicate directly with each other and the Internet without having to have different hubs from each manufacturer sitting in the middle.

Bluetooth and IPv6 solve many of the problems associated with the Internet of Things, but there are still some issues left to solve for the technology to reach its full potential. Perhaps the biggest is how to handle routing of packets between the BLE enabled devices and the Internet.

The two main ways of achieving this are either to have a single ‘Bluetooth Hub’ in place allowing all Bluetooth low energy devices to connect both together and to the Internet, or to include Bluetooth in routers. Many enterprise routers now come with Bluetooth built in but so far this has not trickled down to the consumer level. With the massive growth of the Internet of Things, this is likely to happen sooner rather than later, making our smart devices truly smart.

On the topic of security, when transitioning to IPv6 it is important that routers implement sufficient security mechanisms to restrict access to Internet connected things from potential hackers. Existing NAT solutions for IPv4 implicitly acts as a firewall, limiting access to devices behind the router from the Internet, and similar mechanisms would have to come as standard once IPv6 becomes the norm.

If we get our heads together to fix these issues, the connected world could and should be enabled by IPv6 and Bluetooth low energy.