A long-time stalwart of high-speed consumer connectivity, Wi-Fi's latest version introduces technical changes that offer greater support for wireless sensor networks. Today's Wi-Fi works so well it's in danger of becoming a victim of its own success. Consumers place so much demand on public Wi-Fi access points (APs) that networks are beginning to creak at the seams. Frustratingly slow Wi-Fi service in public places such as malls and libraries is now all too commonplace.

But a solution is emerging; IEEE802.11ax, marketed as 'Wi-Fi 6' and approved by the Wi-Fi Alliance earlier this year, is specifically designed to meet the requirements of public, commercial, and domestic dense deployments. These improvements are streaming fixes providing support for many more devices from a single AP and also networks of Wi-Fi 6-powered IoT sensors.

Wi-Fi 6 combines enhancements to throughput and spectral efficiency, allowing for more network connections while maintaining good service. For example, the new orthogonal frequency-division multiple access (OFDMA) feature enables devices to use less than one channel bandwidth, sharing the bandwidth with other devices on the network to increase capacity.

Moreover, these technical advances also admit faster response to and from connected units. IoT applications will also benefit because where previous versions of the technology struggled to cope with more than a few sensors, Wi-Fi 6 can comfortably manage large sensor networks.

This new version of Wi-Fi also brings a significant technical enhancement for smart-home and -industry applications. Named Target wake time (TWT), the advance is a considerable evolution over prior generations of Wi-Fi power-saving efforts. When using the technology, client devices negotiate wake-up times with APs, so the clients don't need to stay awake to maintain the wireless connection.

Wi-Fi 6 also brings improved security through the use of Wi-Fi Protected Access (WPA) 3 (although this was rolled out separately to Wi-Fi 6). WPA3 uses the Simultaneous Authentication of Equals (SAE) protocol instead of the Pre-Shared Key (PSK) protocol common to older WPA2 protection. SAE boasts enhanced encryption technology compared with PSK.

Another essential advantage of Wi-Fi 6 is that it offers IoT sensors direct connection to the Cloud through routers without having to pay additional data subscriptions. Compared to other short-range wireless solutions, the technology's higher throughput enables new use-cases like wireless security cameras and high-quality video doorbells. The additional throughput can also complement Bluetooth when transferring large amounts of data - such as music streaming in wearables.

The Connectivity Standards Alliance is backing Wi-Fi 6 as a foundation technology of the smart home. The organization aims to ease the challenges of connecting devices using different wireless protocols, and Nordic Semiconductor is a member. Matter, the alliance's unified IP-based connectivity protocol, is designed to run over Wi-Fi 6 (and older versions) in addition to Ethernet and Thread (and for ease of commissioning, Bluetooth LE).

The CSA initiative will see the widespread introduction of 'border routers.' Such devices aren't a new concept, but vendors were forced to develop their own solutions until now. The product is a specific type of router that provides connectivity from an IEEE802.15.4 network to adjacent networks using other physical layers (such as Wi-Fi). Border routers could be routinely embedded into items such as smart speakers and -lights, making Internet Protocol (IP)-based connectivity more convenient for both vendors and consumers.

Nordic Semiconductor, too, sees Wi-Fi 6 as a crucial enabler for the IoT. The company acquired U.K.-based Imagination Technologies' Wi-Fi development team and associated IP tech assets at the end of 2020. 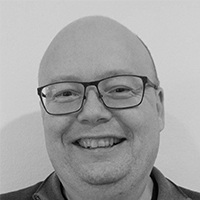 Karl earned a Master of Science degree in Electronics and Acoustics from the Norwegian University of Science and Technology (NTNU) in 1999. Since 2001, he has been involved with technical support, product definition, hardware design, and marketing in the semiconductor industry. He started working as a Technical Product Manager at Nordic in 2018 and is currently busy defining new products that are not public yet.