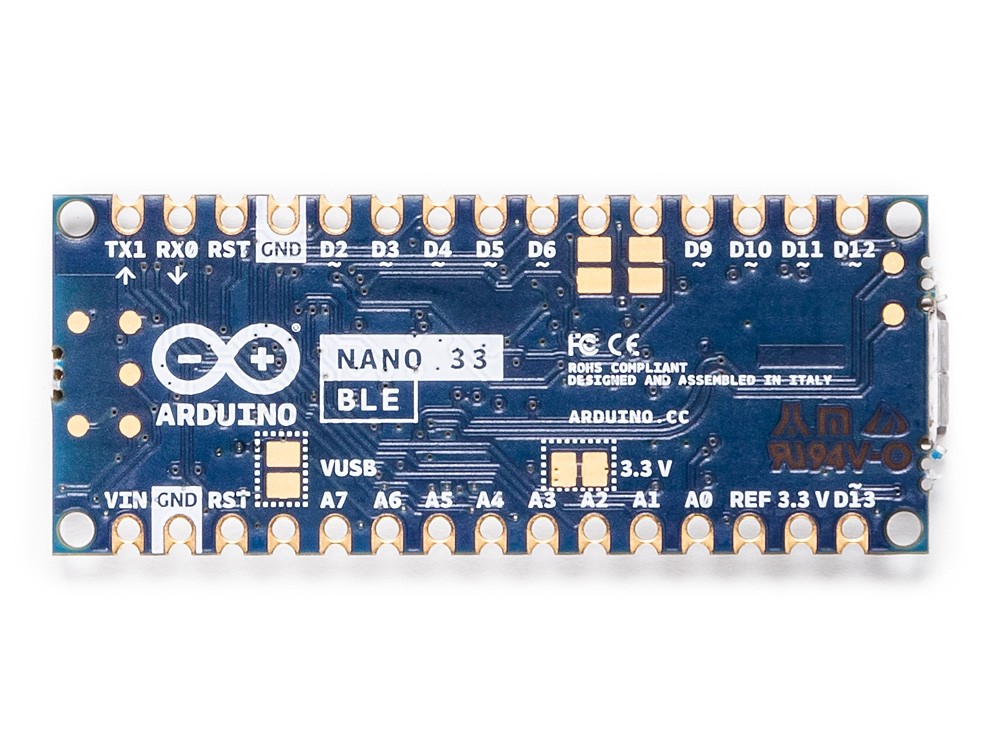 Based on the powerful Nordic nRF52840 Bluetooth SoC, the Arduino Nano 33 BLE and BLE Sense are now available. Here’s what to expect, and what you can use them for.

The long-awaited Arduino Nano 33 BLE and BLE Sense are now shipping at a launch price of €17.50 and €27 respectively.

We are proud that Nordic provides the advanced Bluetooth capabilities of these exciting additions to the already impressive Arduino product line-up. The most advanced member of the nRF52 family, the Nordic nRF52840 Bluetooth SoC is built around a 32-bit ARM® Cortex-M4 CPU with floating point unit running at 64 MHz. The nRF52840 also features all the bells and whistles a developer or hacker desires, such as high TX power, USB, SPI, TWI, I2S to mention just a few.

The BLE Sense version comes with an impressive range of sensors: a 9-axis inertial measurement unit (IMU), a microphone, sensors for light, color, temperature, pressure, humidity, and even gestures. Everything is managed using specialized libraries.

Core based on Mbed

Arduino chose to base the core on Arm’s Mbed OS foundation, sharing its drivers and libraries. Mbed is a fully preemptive real-time operating system (RTOS), allowing multi-threaded operation, similar to the processes going on inside your laptop or smartphone. This opens up a whole new world for developers used to working with a single thread, which is very common.

Martino Facchin, head of Arduino’s firmware development team explained the thought process behind the decision on the company blog:

“At Arduino, we have been looking for an RTOS to use on our more advanced boards for a long time but we never found something we liked until we started working with the Mbed OS. Programming an RTOS is usually quite complicated but you don’t have to worry if you just want to use it as an Arduino; setup() and loop() are in their usual place, and nobody will mess with your program while it’s running.”

There’s plenty of power and flexibility there too. Because drivers are being reused, every Mbed board can now be easily supported by Arduino and the structure allows Mbed developers to use Arduino functions and libraries with little effort.

This is a big step forward for the platform, allowing Arduino software developers to create more sophisticated applications than ever before.

Who is the Arduino Nano 33 BLE for?

In a post on the Hackster blog, Alasdair Allan says he thinks that the new boards are intended to be surface mounted as modules:

“They’re not really aimed at makers, but smaller manufacturers who have prototyped using classic or MKR boards, and want to take their product to full scale production. So expect to see volume discounts, and perhaps in the future a version without the onboard micro USB jack.”

As the Nano 33 can be purchased with headers already soldered in place, we believe that these boards pack some great potential for makers as well!

If you’re not comfortable using jumper wires or soldering, there is a world of sensors accessible through the USB or wireless interface as well.