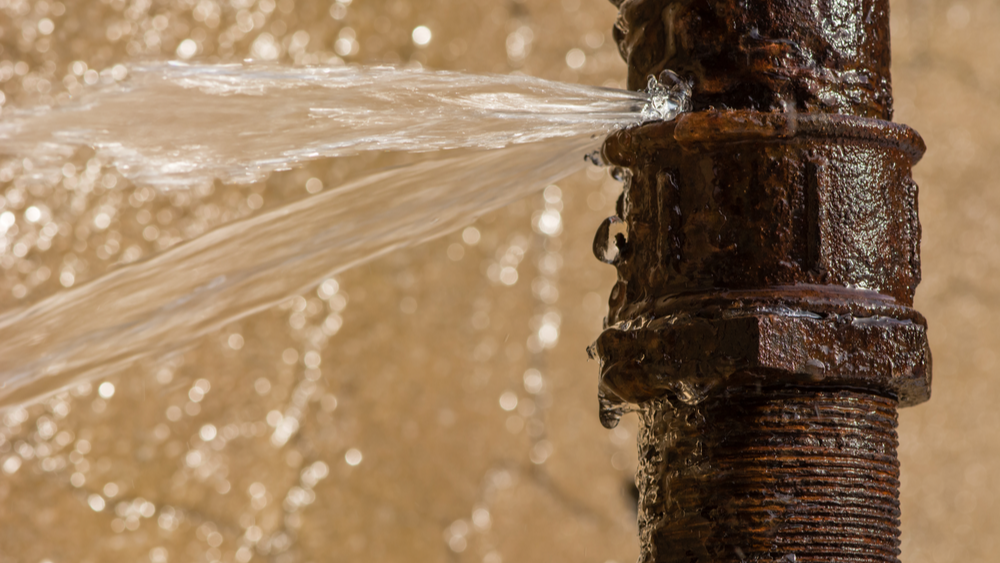 Since the times of Roman aqueducts, getting running water to people's homes has always been a feat of human ingenuity. Still, water leakage is a significant challenge. Now, unobtrusive IoT monitoring devices promise simpler and quicker leak detection.

Damage from leaking pipes is one of the most common insurance claims for domestic property. It is the third most common for commercial claims, according to Allianz Global and Corporate Security (AGCS).

Water pipes are prevalent in domestic and commercial settings, so it’s hardly a surprise that pipes often burst or another related problem occurs. In the past decade alone, insurers in North America have lost $2 billion to water damage claims, says AGCS.

A variety of situations can cause leaks. For instance, a sharp drop in temperature can freeze pipes, causing them to expand and crack. Disparities in water pressure levels, blockages, and old or broken seals are other common leakage causes.

There are many simple fixes for household leaks. Still, because problems often slip by undetected, leakages can waste up to 45,500 liters of water each year, according to the U.S. Environmental Protection Agency (EPA). This is, of course, contrary to sustainability practices and very expensive for the residence owner.

IoT can solve a hidden problem

The reduced visibility of water mains means that monitoring the status of pipes can be difficult. However, the introduction of small, unobtrusive IoT monitoring devices makes leak detection simpler and quicker.

These solutions use built-in sensors to detect any water outside of the pipes that could indicate a leak, then transmit this data to the customer’s smartphone using, for example, short-range Bluetooth LE connectivity. From there, the user can be notified of any abnormalities. A beneficial aspect of some of these devices is that some can detect the level of damage. This can help with insurance claims, cost estimates, and the scope of repairs.

Sensors can also help detect any minor leakage that poses a potential but no imminent threat, allowing users to schedule plumbing maintenance. ‘Active’ monitors can go one step further; upon detecting a leak, they can automatically shut off the water supply to minimize potential damage.

IoT monitors can save time for the customer, alleviate stress, and save money by preventing or minimizing water damage. Insurers themselves can reap substantial benefits. Case in point, insurance company Chubb is installing thousands of water leak sensors in the U.S. to combat costly non-weather-related water damage.

The sensors can detect how much damage was caused by a water leak and could potentially stop the leak as soon as it starts by instructing a shutoff valve to close the main supply line to the house.

According to Insurance Journal, customers that use such devices could see insurance discounts of up to three percent for sensors and eight percent for active monitors capable of shutting off the pipeline.

A battery-free solution for IoT

Increasing the sustainability of water IoT sensors for water leak prevention, the Leak Sensor 1.0, developed by AquaSensing, uses the momentum of the water from the leak it detects to power its Bluetooth LE radio through its energy harvesting circuitry. An alert is then transmitted to the user’s smartphone using Nordic’s nRF52832 SoC.

With no need for a battery, the device can operate for extended periods of time without being replaced, thanks to the ultra-low power consumption of the nRF52832 SoC. The product has been designed to last more than 20 years and is fabricated from inert materials. With a small form factor, the product can be installed in most locations and is scalable for larger business operations.

To effectively prevent water damage in a commercial setting is important, as the volume and complexity of the plumbing tend to be greater than in domestic residences. Any water leakage issues can shut businesses down for extended periods, compounding the cost of fixing the leak.

Given the increase in demand, the market for leak detection devices is becoming more lucrative. One observer, Global Industry Analysts, Inc., predicts the market for such solutions will reach $5.9 billion by 2026.

Water leaks might be inevitable, but wireless monitoring can help limit the damage to both pipelines and bottom lines.