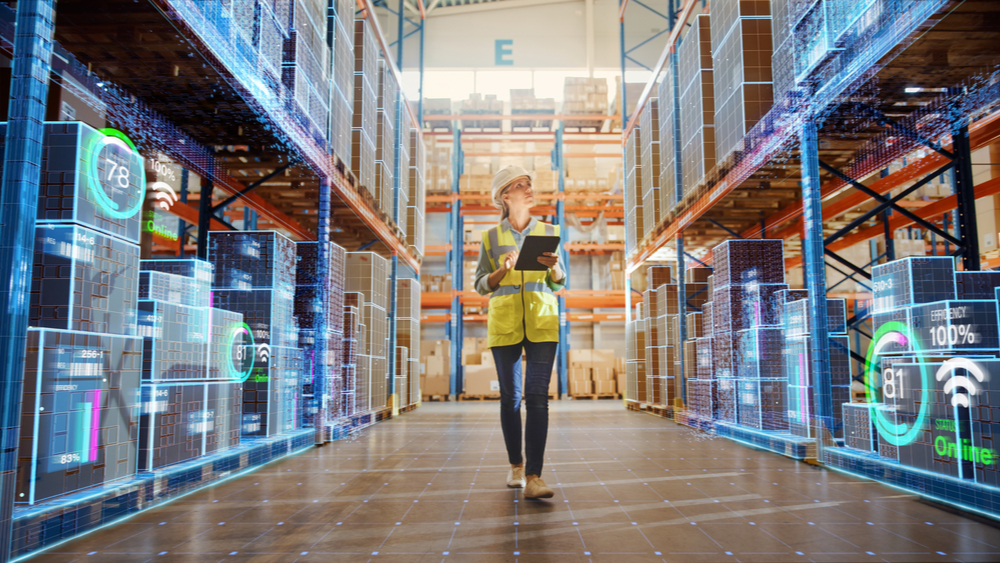 Increasing the range of a wireless product is an advantage for virtually every application. Consider, say, a large warehouse with a Bluetooth mesh network to track the location of valuable items. If each device in the network can communicate over longer distances, fewer devices are needed to cover the warehouse volume.

That decreases complexity and saves equipment and maintenance costs.

But what exactly do we mean by the “range” of a wireless connection? Well, for a packet-based wireless protocol such as Bluetooth LE, range is determined by the maximum distance that two transceivers can send and receive uncorrupted packets.

It is hard to put an exact number on the range of a specific application. This is impacted by dozens of factors, from the obvious, like attenuation by walls, ceilings, and furniture, to the more technical, such as propagation loss and multipath fading.

To make things a little more complex, variable factors such as intermittent interference from other radios using the same 2.4 GHz frequency as Bluetooth LE, like Wi-Fi, also take their toll on the range. The only way to check out the actual performance is often to experiment with the application in a real-world setting.

Assuming that changing the environment is impossible, one proven way to increase range is for the radio transmitter to “shout” louder and the receiver to “listen” more carefully. Technically this means increasing the power output of the transmitter and increasing the sensitivity of the receiver. We call the combination of transmit power output and receive sensitivity the "link budget." The link budget is measured in decibels (dB). An increased link budget typically leads to an increased range.

There are some trade-offs; for example, more energy is required to boost the link budget, impacting the lifetime of battery-powered systems. However, the trade-off will still be worth it in the warehouse example noted above because the cost of larger batteries or more frequent battery replacement will be more than outweighed by the saving resulting from needing fewer devices to cover the warehouse’s space.

Regular Bluetooth mesh nodes are mains powered, so power consumption is less important, but there is still an advantage in fewer nodes and lower complexity. The trade-off is also worth making in cases where the point-to-point range requirement of an application is close to or beyond the capability of the standard wireless SoC.

The advantages of more robust Bluetooth LE and wireless connections

Boosting the link budgets brings advantages beyond just range. For example, for two otherwise identical products wirelessly connecting over a given distance, the device with the greater link budget will be less prone to interference and corrupted or lost packets.

In particularly demanding RF environments, or where the standard device is operating close to its range limit, it can be more energy efficient to boost transmit power and sensitivity than to resend corrupted packets continuously. This is because Bluetooth LE power consumption peaks when the transceivers are on-air, so leaving them on to resend packets is a big drain on the battery.

Moreover, an increased link budget can help to compensate for situations where space constrains the design of the wireless device’s antenna leading to a decrease in its gain. An example is a wireless module designed for highly-compact applications.

What is a PA/LNA?

As noted above, we can increase the link budget of a wireless connection by shouting louder and listening more carefully. The shouting is boosted by a power amplifier (PA), while the listening is enhanced by a low noise amplifier (LNA). The PA amplifies the output signal while the LNA boosts a weak incoming signal without adding significant additional noise.

(Note that there is a regulatory limit on how strong a Bluetooth LE output signal can be. The maximum output power is typically between +10 and +20 dBm depending on the geographical region of operation.)

Nordic has recently introduced a PA/LNA range extender chip which perfectly complements the company’s nRF52 and nRF53 Series SoCs. The nRF21540 RF front-end module (FEM) provides an adjustable PA boost of up to +21 dB so the designer can match the maximum power to meet regulatory requirements. The LNA’s key attributes are “gain” (a measure of how much the weak signal is amplified) of +13 dB and “noise figure” (NF, a measure of how much noise is added during amplification) of 2.7 dB.

In theory, Nordic’s RF FEM can increase range between 6.3 and 10x across a symmetric link (i.e. with both ends of the link employing the RF FEM and using the same Nordic SoC) compared with similar applications without the RF FEM. The ultimate range increase depends on the Nordic SoC in use in the application.

But theory is one thing, and practical applications are another. Nordic engineers have run outdoor comparison tests between a symmetric link using an nRF52840 SoC with its built-in PA set to +8 dBm and a symmetric link with the same SoC complemented by the company’s RF FEM set to +20 dBm. The original setup demonstrated an outdoor line-of-site range of 1.6 km.

With the RF FEM that was boosted to 4.3 km. Indoor range is affected by many more obstructions and variable factors which makes direct comparisons difficult. However, at Nordic we know that in like-for-like applications, the RF FEM will significantly boost the link budget resulting in a more robust and reliable wireless connection.

There are many ways to increase low-power wireless range, but some are more practical than others. For example, a warehouse manager is unlikely to knock down walls, reconfigure kilometers of shelving, and turn off the Wi-Fi just to increase the range of asset tracking devices. But a designer can dramatically increase those same asset trackers by simply complementing the wireless SoC with the tiny (4 x 4 mm) nRF21540 RF FEM.