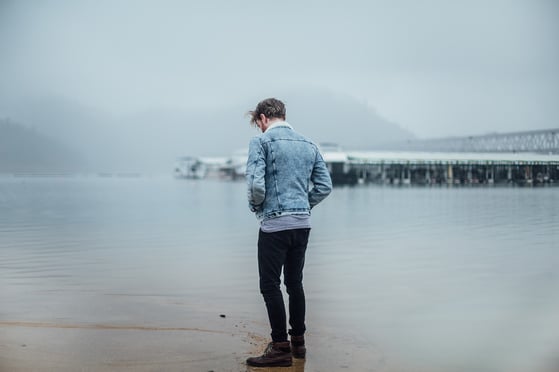 With the market for the first wave of wrist-worn wearables starting to mature, now’s the time to start getting creative. Will Levi’s and Google manage to take smart clothing into the mainstream?

At first glance, you’d be forgiven for thinking the Levi’s Commuter Trucker jacket was just a normal denim jacket. But it’s actually a new product from Project Jacquard, an ongoing research project from Google’s Advanced Technology and Projects.

It looks and feels just like a normal jacket. That’s because it is, except for a few square inches on the cuff.

The only visible clue that it’s more than just a jacket is the plastic tag that’s tucked inside the left wrist cuff. The tag, which snaps onto the sleeve and has a light-up LED and vibration motor, recharges via USB and lasts about two weeks on a charge.

Once the jacket is paired to your smartphone and you’re wearing it (the system automatically detects this), an area of capacitive fabric can detect gestures — a “brush in,” a “brush out,” a double tap — which manipulate apps on your phone

In conjunction with the companion app, this allows the wearer to achieve quite a lot. The three gestures currently recognised can each be assigned to a different action on your smartphone and depending on what you’re doing at the time, you’ll probably want to change them regularly.

When listening to music, the swipes could skip forwards and back and the tap could start and stop. When using the mapping apps such as Google Apps and Strava, the tap could be set to repeat the last instruction. Google says more functionality is on its way.

A use case for cyclists

The most important thing when developing brand new technology is knowing the market, otherwise you’ve created a solution in search of a problem. With this smart jacket, Google have developed a compelling use case for cycle commuters.

When you’re riding around on your bike with your headphones in, it can be hard, not to mention dangerous, to get your phone out every time you need to do something simple. Your headphones might have buttons for play/pause and skip tracks but almost never can you can configure them to do other things too.

Wearables first offered body monitoring, then moved into alerts and notifications. Now the scope has widened, and the smart clothing of the future seems likely to act as a remote control rather than just collecting and providing information.

A step into the mainstream

The technology can be integrated into any casual, sports or work-related clothing. Right now, it offers basic control for music streaming services but the next step doesn’t seem so far away.

This technology has the potential to turn almost any piece of clothing into a remote control. If you’re skiing down mountains in winter then a denim jacket isn’t your first choice of outerwear, but it’s a great first step on the road to smart clothing that isn’t just for elite athletes.

It could also introduce wearables to people who don’t want to strap another piece of tech to themselves, because it’s there when you need it and pretty much invisible when you don’t.

The Google and Levi partnership seems strong, and as Google are actively inviting collaboration, the jacket could be the first of many such products.

While the jacket has an element of novelty appeal today, the success of connected clothing relies on its ability to scale. The potential is there because of cheap electronics, but the cost of interactive fabrics will also need to fall for large-scale adoption to take place.

Their mission statement says: Project Jacquard will allow designers and developers to build connected, touch-sensitive textiles into their own products.

To help make this happen, an Android Project Kit (APK) is available for developing Jacquard technology into apps.