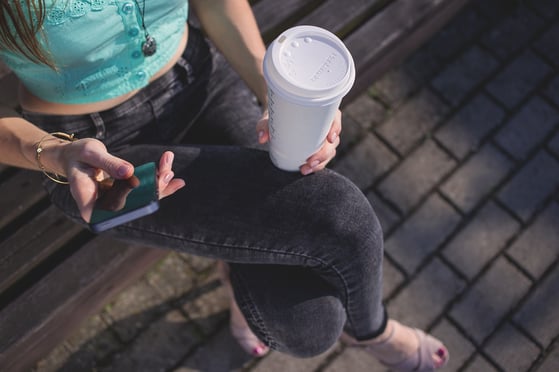 As cash transactions decline, mobile payments are the hot new FinTech. They can even be incorporated into smart devices, but users will only embrace them if they’re quick, secure, and simple to use.

The easier something is to use, the more likely people are to use it. This has been true for centuries which is why cash payments have changed little over the years. Cash is accepted virtually everywhere, it’s finite so you can’t overspend and it also has huge emotional and cultural significance for a lot of people.

The problem with cash

Many cashless schemes have been tried, and almost as many have failed. The two main reasons for this have always been poor acceptance – not enough places accept certain payment methods – and usability – if it’s harder than just using cash, people would rather pay with cash.

But cash is also a big problem. It takes vast resources, both environmental and economic, to keep it in circulation, it’s inefficient, unwieldy, unhygienic and, perhaps most importantly, it facilitates tax evasion and criminality, which are problems that cost us all money.

Almost 3,000 years after humans first started producing coins to exchange for goods, the prospect of a cashless society is starting to become a reality. In the US, electronic payments overtook cash for the first time in 2016. In the Nordic region, cash accounts for less than 20% of consumer spending and around 2% of all transactions.

Technology has solved most of the problems associated with speed and ease of use. Contactless payments using NFC – such as payWave from Visa or Apple and Android Pay – are quicker and easier than cash. Simply tap your card, phone or watch on the machine and it’s done in a second or two.

While contactless terminals are more widespread in some countries than others, the general trend is easy for all to see and manufacturers are queueing up to take advantage. Just this month, Garmin unveiled their new vivoactive 3 GPS smartwatch with Garmin Pay, which supports Visa and MasterCard credit and debit cards to enable mobile payments on the go.

Now cashless payments can be as simple and convenient as using cash, we’re starting to see them popping up in more and more devices.

In fact, the sole purpose of some devices is mobile payment. So-called universal payment cards (UPC), store multiple magnetic strip cards on just one card. Depending on the manufacturer, these can have small displays and functionality to switch between cards on the card itself, or accessible via a mobile app.

A more convenient alternative is on-wrist payment through wristbands and smartwatches, whether specific for payment or as part of a wearable device with other functionality.

If the focus is just on payments, the design could be tailored to be more fashionable and/or discrete than a typical fitness band or smartwatch, which has many other aspects to be considered.

The time is right for you to start thinking about incorporating payment solutions into your products so that they become an ever more valued part of the everyday routine.

Putting payment technology into something that people carry with them all the time can save people time and give them piece of mind that if they forget or lose their wallet they won’t be left stranded without any way of spending.

One of the best use cases is fitness bands and smart watches. A jogger will likely leave their wallet and bulky smartphone at home, but what if they realize they need some milk when they’re out on their run? If they are wearing a payment-enabled fitness band or smartwatch, they save the hassle of returning home, and get a little fitter from running the last half mile carrying a carton of milk!

Making your products more useful in this way will result in people using the device as part of their everyday routine. Once the device becomes something that they can’t live without, brand loyalty will follow resulting in an easier sell when it's time to upgrade.

Consider ways you can nudge users towards making the device a part of their daily routine. Paying for goods with a fitness band is one thing but if they also earn loyalty points whenever they use it to redeem against, for example, running shoes then users are much more likely to jump on board. The idea is to make it so simple that it’s harder for people to justify not using it.

Security measures should be applied at the transaction level. By requiring the customer to initiate the contactless payment process (by launching a mobile app for example), no transactions can happen in standby mode. Once a connection has been established, the transaction will only be approved once the device has validated the transaction using a secure element chip. This process assigns a unique digital signature to every payment, so the credit or debit card number is never actually transferred.

Read more: Secure IoT commissioning: How hard can it be?

Whichever way you choose to implement a payment solution in a product, you’ll need a form of protection so that, if the device falls into the wrong hands, the user won’t lose money. The big problem then becomes making it secure enough without making it too hard to use.

Apple Pay does this very well by requiring a simple button press on the watch, or a fingerprint scan on the iPhone, to approve the payment. This adds barely any time to the transaction and it’s still much quicker than entering a PIN or signing a piece of paper.

The future is Blockchain

Over the last couple of years, digital currencies like Bitcoin and Ethereum have hit the headlines. The technology that underpins them, blockchain, is set to make a real impact on the mobile payments industry by cutting out the middleman, speeding up transactions and removing disputes.

Besides monetary transactions, businesses can also use blockchain technology to create and sign smart contracts, prove ownership of intellectual property, and even to offer discounts to customers.

Keep an eye on developments in this area, as blockchain could become the technology that removes barriers and lets mobile payments truly take off in the mainstream.

Kjetil is Product Manager at Nordic Semiconductor. He is responsible for the short-range, low-power wireless devices and technologies, Bluetooth Smart, ANT and proprietary 2.4 GHz.