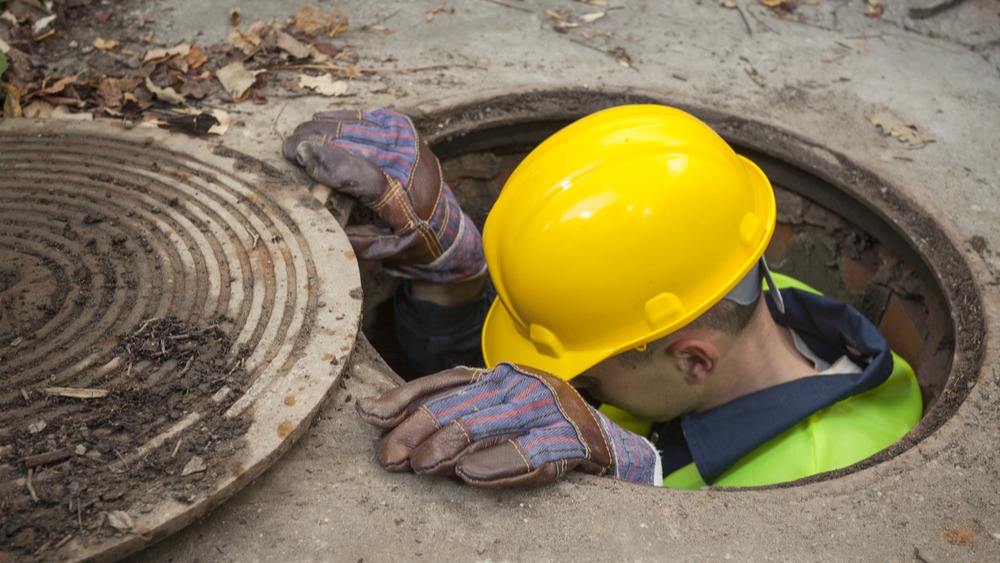 For the length of human history, technology has played an important role in preventing theft. Before car keys, Henry Ford had to chain his car to a lamppost to avoid anyone with the strength to turn a physical crank from stealing it. Anti-theft technology has moved on significantly since Ford’s day, but so too have the criminals, and it’s not just cars they have in their sights.

One unlikely crime wave currently in vogue with enterprising thieves is utility access cover theft. These cast iron utility access covers can weigh upwards of 130 kilograms, but are a relatively easy target for a well-organized gang and can fetch $30 each when sold for scrap. In Worcestershire, U.K, more than 200 drain covers were pinched within a few weeks last year. 250 km away in another English county, Essex, they go missing almost daily. It's not just a U.K. problem either. In India 10,000 utility access covers disappeared without a trace in Kolkata within a two-month period.

While it may not seem like the worst crime in the world, the problem is surprisingly serious. For starters, there are safety risks to cars, bicycles, and pedestrians, particularly at night. Secondly, while the covers may only fetch $30 when scrapped, they cost a lot more to replace, up to several hundred dollars in some instances.

Some cities have begun placing locks on their utility access covers to deter the scrap metal bandits. Others are trying to partner with scrap metal merchants to incentivize identifying the criminals. Unfortunately, locks are an inconvenience to thieves rather than a foolproof prevention method. There is always another scrap metal dealer willing to turn a blind eye to where certain goods have been acquired. Another potential solution is replacing cast iron utility access covers  with ones made of composite materials, which are just as strong but have no scrap value. In time this will happen, but with an estimated 20 million utility access covers in the U.S. alone, that is a lot of infrastructure to replace.

Another solution to the problem of municipal hardware theft lies with wireless technology. Cellular IoT and Bluetooth LE solutions are already widely deployed to prevent theft of everything from bicycles and animals to goods in transit. Paired with sensors and global navigation satellite systems (GNSS), the technology can also be used to instantly detect if a utility access cover has been removed and to where. It can also provide meaningful data on water levels and temperature that utility companies can use to schedule and log service requirements and events.

Cellular IoT devices such as Nordic Semiconductor’s now power SiP with integrated LTE-M/NB-IoT modem and GNSS can track and monitor the condition of assets across cities, countries, or even the globe by wirelessly connecting to existing infrastructure. Cellular IoT is also as reliable and secure as wireless tech gets and, depending on the application, multiyear battery life can be expected. Battery life is important for all smart city infrastructure and also the millions of utility access covers that can’t realistically be regularly serviced for battery replacement.

Cellular IoT offers NB-IoT and LTE-M versions. NB-IoT is recommended for static applications where modest throughput is an acceptable trade-off for battery life. It offers up to a 15 km range and has been purpose-designed to conserve bandwidth and energy. If your device needs to roam—which your utility access covers shouldn’t or at least not far – then LTE-M provides a better solution. LTE-M is perfect for medium-throughput applications requiring low power, low latency, and/or mobility,

LTE-M- and NB-IoT-enabled devices can be easily teamed with Bluetooth LE transceivers and paired with relatively inexpensive Bluetooth LE-powered sensors. With the long- and short-range wireless protocols working together seamlessly, near real-time monitoring of smart city assets combined with movement, impact, orientation, and environmental data is entirely possible.

One firm taking the fight to would-be utility access cover thieves is Jian-IOT. The company recently launched a smart utility access cover that can detect when the cover has been opened or closed, records water level and temperature data, identifies any damage and includes an anti-theft system that tracks its current location.

The cover employs Nordic’s nRF52832 SoC to provide Bluetooth LE wireless connectivity between the device and a smartphone app operated by service personnel. By including Bluetooth LE connectivity, the company can allow municipal authorities to keep track of multiple utility access covers and aid traceability. Future use of the technology promises to help keep track of other city assets.

Smart utility access covers are one small (but heavy) solution that will make up tomorrow’s smart city. By 2050, seven-out-of-ten people are expected to live in a city. If those cities are to be smart, we will rely on billions of wireless IoT devices to go about our daily lives, and we will need to deliver seamless connectivity at an unprecedented scale. The technology exists, the roll out is now the issue. When it happens, the new urban populations will unquestionably benefit from a higher quality of life.