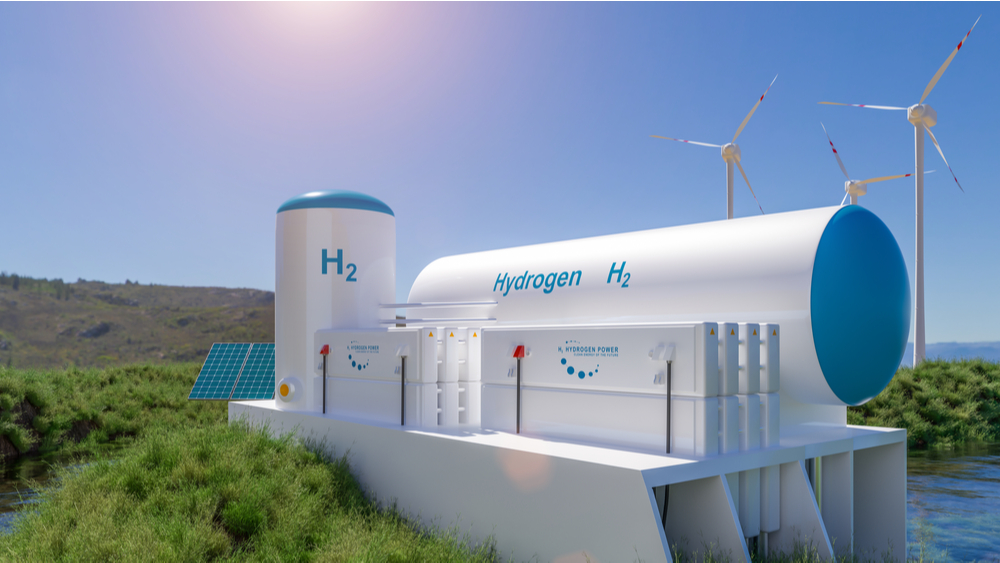 In the drive towards a carbon-neutral world, households and businesses could, and should, be looking at hydrogen as a source of clean energy. And now, thanks to the rise of advanced smart metering based on cellular IoT wireless connectivity, this ambition is no longer just a pipedream.

As part of the campaign for greater action to address global climate concerns, there's a growing push to transition gas network infrastructure towards net-zero carbon emissions. Key to reaching this goal is the 'green gas' hydrogen. It burns when combined with atmospheric oxygen to release its energy with only water as a byproduct - no soot, no nitrous oxides, and perhaps best of all, no carbon dioxide with its potential for environmental warming.

When combusted, hydrogen produces no carbon emissions. It is the simplest and most common element in the universe. On earth, it can be cleanly obtained in abundance in two ways:

The combination of zero-carbon production of hydrogen and its clean-burning nature would drastically cut carbon emissions and help protect the planet.

Hydrogen yields the most energy per unit volume of any fuel source. But this, in turn, means it is highly flammable, which has tended to cause safety concerns among consumers. For a massive worldwide transition to hydrogen, stakeholders must first overcome public skepticism and educate the consumer that risks are very low with the right safety protocols in place.

But for now, the plan determined by several developed nations is to introduce hydrogen by stealth, initially blending up to 23 percent of the gas with conventional fuel to curb carbon emissions, with no discernible change for consumers. When used on a gas stove, for example, the user is unaware that hydrogen is in the mix. Combining up to 23 percent of hydrogen is an acceptable and realistic target. A higher amount would call for greater investment in infrastructure, in part to prevent leaking of the ultra-lightweight gas.

In the U.K. and other countries, pilot schemes with hydrogen blending are underway as a means to meet carbon-emission targets. One challenge is that no domestic hydrogen gas meters are currently available to measure and charge for gas usage.

Conventional meters measure gas flow using a mechanical system based on a diaphragm. Because of the small hydrogen molecular size, hydrogen diaphragm meters would need to be about three times the conventional meter size – an impractical and costly limitation.

One option is to replace mechanical diaphragm meters with ultrasonic devices. These rely on accurate 'Time of Flight' (ToF) measurement of the speed of sound to determine the gas's flow rate. But because the speed of sound in hydrogen is around three times faster than that in natural gas, significantly better timing precision is needed.

In response to this challenge, U.K.-based MeterTech has launched a smart meter that, unlike conventional gas meters with diaphragms, uses advanced ultrasonic functionality to make hydrogen metering practical.

The new MeterTech smart meter not only uses a more advanced technique for the "recovery" of the ultrasonic signals in hydrogen, but it also has timing circuits capable of measuring ToF in hydrogen. Furthermore, the meter has been designed to meet the highest safety requirements in Europe and elsewhere in the world.

All smart meters require robust and reliable connectivity. And because hydrogen meters will be the most advanced domestic meters available to date, they need to incorporate the latest, ground-breaking data communications, according to Eric Beattie, CTO of MeterTech.

Nordic's nRF9160 System-in-Package (SiP) is integrated into the MeterTech product to provide cellular connectivity enabling utilities to remotely check what's happening at the meter and gather accurate information over an extended period.

Traditional ultrasonic-based meters consume, on average, around 30 to 40 microamps. The nRF9160 has been designed from the ground up for low power consumption to extend battery life. This partly contributes to MeterTech succeeding in reducing the average current of its meter to less than 15 microamps—even though MeterTech's new technique is computationally much more powerful, according to Beattie. Given a meter needs to operate for around two decades on a single battery, every microamp of continuous average power saved is vital.