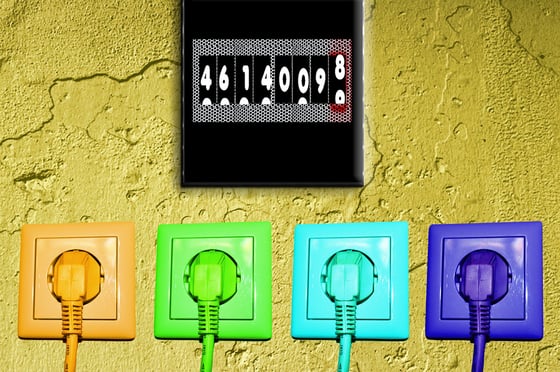 Industry leaders are encouraging European mobile operators to accelerate the rollout of low-power wide-area networks to take advantage of the growing interest in smart energy solutions.

According to forecasts from IoT analysts Machina Research, Europe’s connected energy market will be worth $26 billion by 2026. GSMA CTO Alex Sinclair has called on European mobile operators to act now to take advantage of this market opportunity, by accelerating rollout of low power wide area (LPWA) NB-IoT and LTE-M networks.

A cellular solution for smart energy

GSMA CTO Alex Sinclair called on operators to pull forward the rollout of NB-IoT and LTE-M networks in an article on Mobile World Live. “The Internet of Things is fundamentally disrupting the smart utility market by providing ubiquitous connectivity and real time, actionable data. Mobile IoT networks will take this further by offering energy providers a cost-effective solution to connect millions of smart meters,” he said.

Operators that act now can take advantage of genuine momentum. Despite the fact there are multiple global launches, Sinclair believes there is real opportunity for growth. “We encourage operators to act now to capitalize on this clear market opportunity and further accelerate the development of the IoT.”

Energy suppliers are no strangers to wireless WAN solutions. Such connectivity has long been used to monitor large numbers of meters across a neighborhood, but increasingly they are using cellular solutions for point-to-point communications with individual meters. Cellular solutions offer several advantages for smart metering deployments, including lower infrastructure costs, reduced installation costs and reduced implementation times.

Machina Research’s figures estimate the current value of the connected energy market at $11.7 billion annually, with Europe contributing 21 per cent of the total. However, the European Commission (EC) proposals to install 200 million smart electricity meters and 45 million gas meters across the region by 2020 look set to rapidly increase activity in Europe.

According to EC estimates, such a policy would result in 72 percent of Europeans having a smart meter for electricity, and 40 percent for gas.

The benefits of Low Power LTE

“This reduces the initial investment for utilities as well as eases the burden of maintenance of infrastructure over time. Nordic Semiconductor will address this market by offering low power, highly integrated LTE-M and NB-IoT solutions for smart water, gas and electric meters.”

“Nordic Semiconductor supports low power LTE because we believe it’s the technology best suited to applications such as metering. It offers low power connectivity while at the same time providing a high level of security and scalable throughput to allow efficient firmware updates of the deployed meters when needed”, adds Peder.