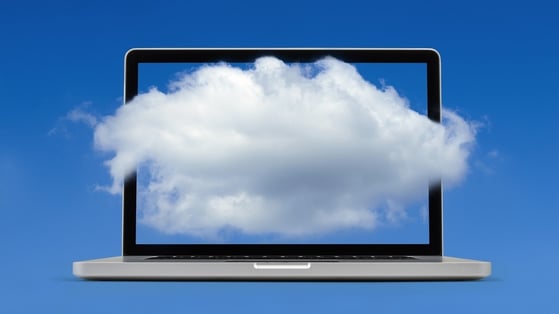 By crunching data at or near its source, resources that may not be continuously connected to a network such as laptops, smartphones, tablets and sensors can be utilized to optimize Cloud computing systems.

The Cloud has transformed computing in ways we couldn’t have imagined just a decade ago. From voice control to automation, being able to crunch large amounts of data off-device within a couple of seconds brings huge benefits. But what happens when you don’t have a couple of seconds, or when connectivity isn’t possible? Welcome to the Edge.

With the massive explosion in the number of connected products predicted over the next few years, one major issue we have to face is the amount of data being pushed to the Cloud for processing. Today, Cloud connections are reliable enough, but it’s simply not viable to rely on the Cloud for everything, forever.

This is where Edge computing comes in. Put simply, the Edge is where the data is produced and initially aggregated – static gateways, sensors, computers, smartphones, etc. It works like a triage system, collecting the data and processing what it can, so only the stuff that really needs the power of the Cloud is sent.

Fog beneath the Cloud

Technology on the ground has been developing in parallel to the Cloud. Today, devices are much more capable today of taking on more complex data processing. And network technologies, such as Bluetooth Mesh Networks, give us the ability to do more by employing multiple devices simultaneously.

Fog Computing, a term coined by CISCO, is the data processing, storage and networking technology that sits beneath the Cloud. The OpenFog Consortium exists to promote developments in this area.

Edge and Fog Computing are often used interchangeably, though they are slightly different. With Edge computing, processing is done by devices themselves whereas with Fog Computing, collected data is pushed to a separate device for processing.

No network? No problem

Self-driving vehicles generate huge amounts of data. They have hundreds of sensors taking millions of readings to make sure that the vehicle is safe to proceed. You might think this is the ideal use case for the Cloud. Gather the data, send it up to the Cloud for processing and then work out whether to stop or go.

Instantly you can see the major problem. The amount of data they’re collecting simply can’t be transmitted to the Cloud quickly enough to decide in time. We can't get into a situation where self-driving cars stay still because they’re waiting for a response from a server.

Not all autonomous vehicles will be on the open road either. Mining is one area where automation brings huge benefits in terms of worker safety and getting a reliable connection a few hundred feet below ground is a major feat.

Instead of relying on the Cloud, you have the major and most time-data processing done in-vehicle so that it can truly operate autonomously. You then send only the most important data to the Cloud – things that might be useful to other autonomous vehicles – as and when necessary. For example, if there’s an unexpected obstacle in the road, the Cloud can inform other vehicles.

Making use of Edge computing can help increase the security of IoT devices by minimizing network exposure and reducing attack surfaces and attack vectors.

If a hacker can gain access to autonomous vehicles, there’s a potential for chaos. If every sensor is talking directly to the Cloud to work out what it needs to do then every sensor needs to be secured. But if the data is processed on-board and only small amounts of data are exchanged with the Cloud then there is a lot less potential for attack.

Another major advantage with Edge computing is a reduction in costs. Network bandwidth and Cloud computing may be relatively inexpensive, but the cost to transfer terabytes of data to the Cloud soon adds up. The less you use the less you pay, so if 90% of data is processed locally, that’s a 90% saving on cost.

Having to equip every sensor with the ability to connect independently to the Internet drives up costs and uses much more power. Connecting devices together in a Bluetooth Mesh network and then connecting that network to the Cloud brings a more affordable, low-power solution

Edge computing also makes better use of the resources you already have available. If everyone in a company has a smartphone, then it makes sense to use these to do as much as possible rather than relying on the Cloud and leaving valuable processing power sitting idle.

With the current advances in levels of integration with wireless system on chips and the resulting reduction in cost, exciting new possibilities are emerging.

The Nordic Semiconductor nRF52840 is a multiprotocol device with 1MB of memory and a cortex M4F CPU running at 64MHz. Such a device has considerable capacity for localized computation and running of logical rules regarding the data it is gathering.

When this is multiplied out across a mesh network, a micro distributed computing scenario becomes possible. While not suitable for hauling large amounts of data back and forth locally, there are typically sensor and actuation networks where the data volume is naturally less intensive. Further ahead, devices could even share each other’s computational resources when necessary.

Increased use of Edge and Fog computing will bring huge benefits to everyone working with the Internet of Things. Companies such as CISCO and Dell are making billion dollar investments because it’s not a matter of if Edge and Fog Computing are coming, but when.