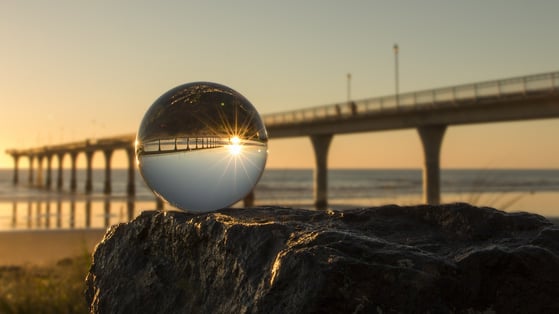 To kick off the new year, we peek inside our office crystal ball and preview the IoT trends we expect to be talking about much more over the coming 12 months.

As every day passes the world becomes that little bit more connected, with new products hitting the market to solve problems we didn’t even realise existed. While many of us in the industry are surrounded by IoT devices all day, every day, many people around the globe are still only just discovering the potential of connectivity.

With so much going on it can be difficult to plan for the year ahead, so we’ve gathered the best wisdom from around the Get Connected Blog team to bring you our IoT predictions for 2017.

First up, we believe 2017 will be the year when open-source real-time operating systems hit the mainstream.

The increasing complexity of IoT and wearable applications combined with the increased CPU speed and memory size of the hardware leads to much more complex concurrent calculations. When multiple events occur at the same time, it can get difficult to ensure that things happen in the right order. RTOS kernels handle such tasks, while providing some nice additional features such as file systems, drivers, and boot loaders.

“No RTOS has yet become the de-facto standard for low power and resource-constrained devices, as Linux has in the PC world,” says Pär Håkansson.

“Two new open-source RTOs, MyNewt and the Zephyr project, come with an open-source communication stack, including Bluetooth low energy. MyNewt is backed by Apache and Zephyr by the Linux foundation. It will be interesting to follow the development of these communities in 2017 and I am sure we will see more products based on these platforms.”

The expansion of Bluetooth

The new version of the technology is designed to increase the application coverage of Bluetooth. This means that many applications that Bluetooth was not originally suitable for are now a fit. This is achieved through significantly increased range, speed and broadcast messaging capacity. The latter will enable connectionless IoT solutions, since more data can be communicated than before, and still without actually establishing a connection (i.e. only through broadcast data)

“We anticipate the extended range of Bluetooth 5 to deliver robust, reliable Internet of Things (IoT) connections that make full-home and building and outdoor use cases a reality,” says John Leonard.

“It has a presence in smartphones, the interaction device of choice right now, and in wearables which can play a role in future home network interaction. It is a lighter weight protocol that is just simpler to build applications with. Bluetooth 5 will have as good, if not better, coverage than 802.15.4-based systems.”

We started out this post by saying that every day, the world becomes a little more connected, yet there are still millions of people for whom the connected world is an unknown. We expect 2017 to be the year that the Internet of Things breaks through into the mainstream.

“This should be the year in which ten years of talk is finally realised into product portfolios,” says Pål Kastnes. “I expect to see more systems that are fully connected to each other, rather than standalone.”

As there are a lot of independently connected systems out there, getting more of these connected should give a “hockey-stick” curve of growth. This is where once things start to grow, they grow at an increasing rate. Although multiple standards have emerged, there is a trend of consolidation in the market. The same is true for suppliers, as a series of acquisitions mean there will be less players in the major markets.

“The cost of adding connectivity is easier to defend now,” adds Pål. “The next big lift will happen when the new 4G standards for IoT are rolled out more widely.”

More from Pål: The next consumer IoT giant may surprise you

What’s your prediction for the connected world in 2017?