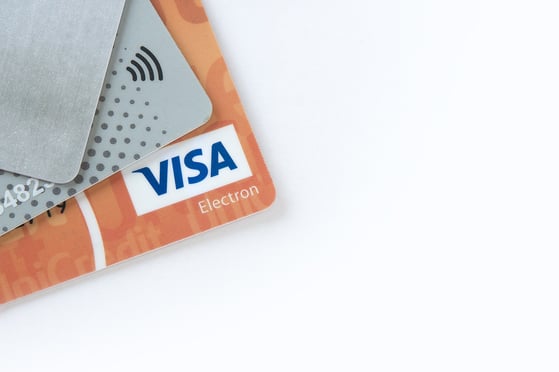 After a slow build-up, mobile payments are finally on the rise. At around $76 billion in 2016 and expected to reach $503 billion by 2020, mobile offers the biggest growth potential for payment technologies.

The Road to Mobile Payments

The story of mobile payments started in 1997 when Coca-Cola introduced vending machines that allowed people to pay for drinks via SMS messages. Other companies followed and by 2003, 95 million users had made a purchase using their cell phone.

Impressive growth but still tiny by comparison to cash and card. It wasn’t until the smartphone was launched in 2007 that the groundwork was in place for mobile-based transactions to really grow.

Fast forward to today, and almost half of US cellphone users have made some kind of mobile payment. By 2020, this number is predicted to reach 90% and both the number of users and the number of transactions will continue to grow. Apple Pay and Android Pay account for a huge percentage of this growth but other players are starting to introduce services to compete.

The clear majority of mobile payments to date have been made using Near Field Communication (NFC), a safe, secure technology that allows devices to share small bits of information over very short distances.

It’s the technology behind Apple Pay and Android Pay as well as many smartcard systems, such as the Oyster card used to pay for and access transport services in London, and contactless smart cards from Visa and Mastercard. The short distance makes it almost impossible for either the wrong person to be charged or for the transaction to be hijacked by a third party.

Payments using NFC are quick and easy. An NFC-enabled terminal displays the amount and the customer taps it with their cellphone or NFC-enabled smartwatch and the transaction completes within one second. USA-based industry body the Smart Card Alliance reports that contactless card payments can speed up the checkout process by 30-40%, while American Express claims contactless transactions are 63% faster than cash, and 53% faster than using traditional credit cards.

Until relatively recently, it seemed as though Bluetooth’s contribution to electronic payments would be restricted to allowing restaurants to bring mobile terminals to take card payments at diners’ tables, but then along came beacons.

Even though Bluetooth has been included in cellphones since before they got ‘smart’, when it came down to it, Apple and Google chose NFC as the technology of choice for their payment wallets. But Bluetooth has some inherent advantages that may make it a strong contender.

Bluetooth works over a much longer range than NFC, which allows transactions to be completed from anywhere in store rather than forcing customers wait in line to use a fixed terminal.

Bluetooth also has a much greater bandwidth and allows one-to-many communication whereas NFC is a one-to-one technology. Bluetooth can also be integrated easily into a system of beacons that are used for location finding and alerting customers to special offers. Beacon-based mobile payments are not only proving to be effective, they are also becoming helpful in building brand loyalty, as it can give brands an opportunity to directly interact with customers.

Scandinavian bank Danske Bank leverage iBeacon technology for its wildly popular MobilePay app as part of the world’s largest beacon deployment for payment processing. The taxi app Hailo also leverages iBeacon technology for both its passenger and driver apps. By using the app, customers can locate and call a taxi then easily pay for the ride with a one-click in-app confirmation.

Potentially the most useful system is not one or the other, but both.

One system, as described in patents filed by Apple, has an initial NFC contact to establish the link but then switches to Bluetooth to complete the transaction. Much more data can be transferred – receipts, coupons, loyalty cards etc. – without the customer having to hold their phone by the terminal for a long time.

First Data has launched what it describes as the “first fully integrated Bluetooth payment card reader.” Their Clover point-of-sale system has a single mobile device from which participating merchants can accept payments through traditional credit cards, EMV, and NFC transactions — including Apple, Android, and Samsung Pay. The device interacts over Bluetooth with a tablet or phone that acts as the backend to the point-of-sales.

Ultimately, a combination of technologies could produce the simplest payment system of all. A customer simply walks into a store, picks up what they want and leaves without being consciously aware that they’ve been charged. This may seem like a long way off but it’s possible with today’s technology.

The growth of mobile payments offered by the increasing availability of NFC and Bluetooth technology is potentially huge. The only real limit is how fast we can get customers to accept and adopt them.

Kjetil is Product Manager at Nordic Semiconductor. He is responsible for the short-range, low-power wireless devices and technologies, Bluetooth Smart, ANT and proprietary 2.4 GHz.