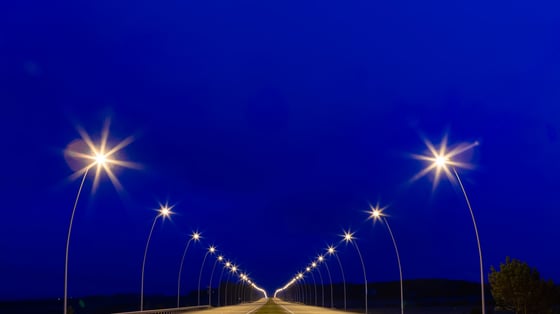 By 2050, seven out of ten people are expected to live in a city. The smart city concept offers the promise of a healthier, safer, and greener lifestyle than that enjoyed by today's urban population. A future built on interconnected smart cities is one with enormous potential for all. To date, the evolution of this concept has been slowed by inevitable roadblocks – primarily the prohibitive infrastructure cost.

Smart cities are difficult to fund and complex to build. In the case of air quality monitoring infrastructure, for example, calculating the impact of clean air on health services is no simple task, and as a result, difficult to justify in a budget. Consequently, the concept of integrated city-wide digital operations has remained mostly out of reach, but that situation is now changing.

We have the technology to make smart cities a near-future reality. Cellular 4G networks are already in place with dense cell tower coverage over most cities in the world. NB-IoT and LTE-M typical use cases will feature low activity, making it possible to connect several tens of thousands of devices to a single base station. Moreover, cell towers host several base stations, multiplying deployment density and promoting massive scale.

To reach their full potential, cities will need to piggyback on street lights' power and scale. Street lighting affords a platform to make cities smart and unite multiple applications on a grander scale for the first time.

Soon, the next vital stages of advanced air quality analysis and congestion management, among other desirable use cases, should be attainable.

According to research by smart infrastructure analyst Northeast Group, around 90 percent of the 363 million street lights globally will use LEDs by 2027.

Lighting and sensor makers suggest smart lighting delivers a 50-70 percent reduction in the management and maintenance costs associated with the infrastructure. Around half of those savings will come from just switching to LED. The rest comes from connecting and controlling the luminaires and delivering intelligence sparks about their working status across the lighting network.

Various applications make various demands in terms of coverage, throughput, and security; thus, street lighting has developed around unlike technologies in different markets.

Short-range technologies provide robustness that make them well-suited for meshing neighborhood-wide sensors, but a denser mesh has its caveats:

By embedding twin short- and long-range radios in the same hardware, LaaP developers can bring tighter technological integration and lower acquisition costs to their design – which are prime considerations for smart cities.