Wired or wireless technologies: The trade-off 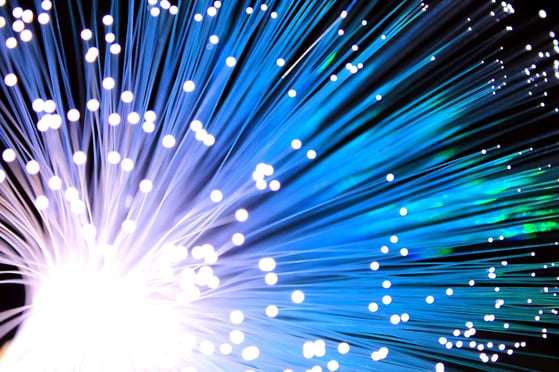 Industrial and commercial environments are embracing wireless technologies which add value and new services. But cabled connections still have a vital part to play for big business.

The many benefits of wireless

Wireless has the obvious advantage of almost complete flexibility. You can connect to a machine wirelessly while atop a ladder or a crane in a way that you simply can’t with wires, for example. In hazardous environments wires are not desirable, while it is cost prohibitive to span cables across large open areas such as in agriculture.

Added-value services for industrial and commercial environments are being enabled by wireless solutions. Units placed on power lines can monitor the condition, status, temperature and so on. Diagnostic data can be viewed on a smartphone app, or monitored remotely. Making data readily accessible in this way is a real benefit of wireless, because doing something similar with wired connections will get very expensive.

While Ethernet cables are faster than Wi-Fi, wireless speeds have become significantly faster since the introduction of new standards 802.11ac and 802.11n, which offer maximum speeds of 866.7 Mb/s and 150 Mb/s.

Mesh technologies such as Bluetooth Mesh and 802.15.4-based Thread and Zigbee enable self-aware networks to be built that will give far greater overall range than ordinary point to point links. Mesh offers multiple routing options for signals to follow, thus in the event of a failure alternative routes exist, so upping the reliability of wireless considerably.

Wireless connectivity is now at a level of sophistication at a cost that it can be embedded into just about anything. Embedding wireless functionality into system units is far simpler than putting a physical connector on the back and then having to figure out how to run the cable between devices. Ethernet or USB cables also have very finite physical lengths that can be run before voltage drops associated with the cable makes the signal unrecoverable. These allowable distances between signal repeaters are surprisingly short.

In many industrial situations such as the process and delivery of combustible substances, open electrical interfaces are either not allowed, or can be become dusty and potentially unusable.

The benefits of wired

While the proliferation of mobile devices provides one great benefit of wireless, it also does the same for wired. Not only are there obvious security benefits of being able to control physical access, the amount of non-critical traffic using the wired connections can be restricted to manageable levels.

Having a physical backbone of connectivity gives a certain level of assuredness, so when communication is critical, wired can often prove the best choice.

Connection speed isn’t just about bandwidth, latency is also a factor. Latency, or the delay in how long it takes for data to transfer between two points, will be reduced with a wired connection. Wi-Fi is subject to a lot more interference than a wired connection. Dropped signals, higher latency and lower speeds can all impact the quality of the connection.

With present technology, a wireless data connection can never be guaranteed so mission critical systems remain wired. Whenever there is a potential physical danger, such as on a production line, or loss of income, such as with financial data, wired is the sensible choice. Large enterprises with mission critical data, or control and safety equipment, deploy triple redundancy methods to make an interruption of market data or data center processing almost a mathematical impossibility.

While hacking a wired connection is more difficult than wireless, there will always be potential routes of entry into a system, so using wires alone isn’t a secure solution. A robust secure implementation, with solid security policies is necessary, whichever method you use.

There’s room for both in industry

Although such a combined solution can sound difficult to manage, solutions are forthcoming. Cisco recently launched its Unified Access platform, which combines wired and wireless connections into one switch.

It’s also worth considering the use of beacons to create information-rich environments. It’s simple to add a beacon to equipment that doesn’t have a wireless primary use-case, such as a shaft encoder on a DC motor which regulates the speed. The beacon could provide status updates on factors such as vibration levels for maintenance technicians. This would assist in panned maintenance scheduling, and so reduce expensive downtime.

The question isn’t about wireless replacing wired, but where you draw the line between the two concepts. Wired backbones are here to stay, while mesh networks will allow more wireless saturation and therefore more reliability. The sheer number of devices that industrial IoT will bring means a wireless mesh network is the only viable option, with robust network topologies, communication path redundancy and solid security policies.

The cellphone model already shows the way forward, with networks of wireless connectivity on top of secure wired backbones linking base stations up to the overall global communications network.