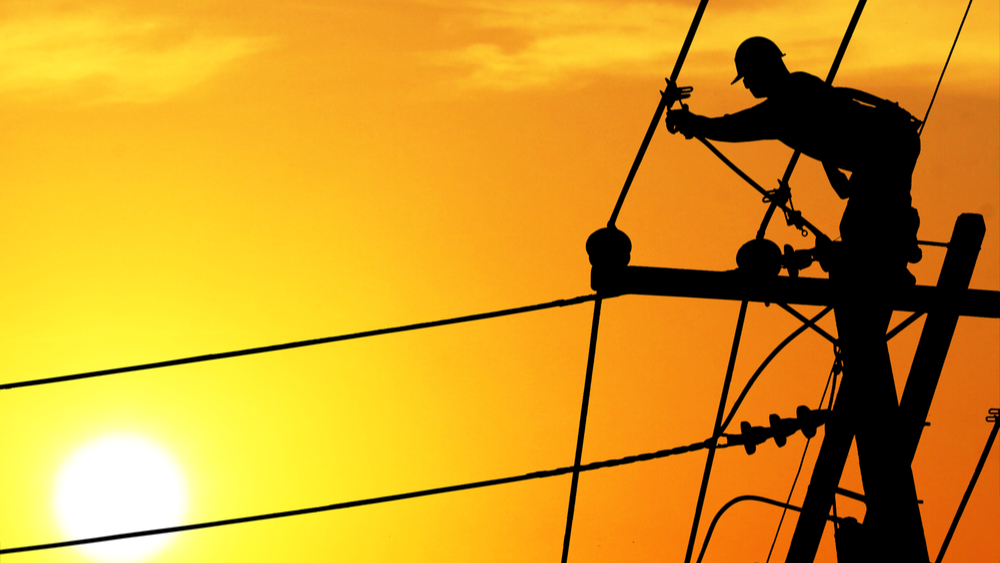 Existing cellular infrastructure now enables remote monitoring of wide-scale electricity transmission and distribution networks. The added value is identifying and pinpointing faults as soon as they occur or even before they occur.

The continental U.S. power transmission grid is a complex machine. It consists of about 300,000 km of power lines and 180 million utility poles, operated by approximately 500 companies connecting 145 million customers.

Managing infrastructure on that scale means faults are inevitable. When outages occur, they can be time-consuming and expensive to rectify, not to mention inconvenient and disruptive for end users.

The existing electricity grid in the U.S. was built in the 1890s but is now gradually being replaced by a smart grid featuring a range of computerized technologies. AI, digital automation, and wireless solutions enable bi-directional communication between the utility and customer's meters and the transmission lines and utility pole infrastructure.

Electricity grid faults and outages occur for many reasons, including spikes in demand, environmental causes, equipment failure, as well as human or animal intervention. Lightning strikes, high wind and fire, failing surge arresters, or utility poles demolished by cars or termites are just a handful of reasons why electricity grid infrastructure can fail.

Detecting and locating these faults can be difficult, often requiring network operators to shut down grid sections partially to determine an approximate location. Maintenance personnel must then attend on-site to establish the fault's precise position and fix the problem.

A smart grid technology powered by wireless solutions can ease this challenge by helping network operators locate the faults and also identify potential problems before they occur.

Cellular IoT is a standards-based LPWAN technology supported by two versions, LTE-M and NB-IoT. It's a future-proofed wireless solution designed for large-scale IoT deployments such as smart grids, offering plug-and-play simplicity, security, and a relatively quick roll-out. By piggybacking existing cellular infrastructure, wide-scale electricity transmission and distribution networks can now be monitored remotely, allowing faults to be identified and pinpointed as soon as they occur or even before they occur.

One company pioneering cellular IoT-powered smart grid monitoring is Slovenian firm Izoelektro. The firm is supplying solutions that help utilities and energy companies in more than 40 countries set up, maintain and restore electrical energy systems. In partnership with developer Irnas—an innovation lab also based in Slovenia—the company recently announced the release of RAM-1, a device for mounting on utility poles. It enables remote monitoring of power grids and surge arresters that protect network infrastructure from atmospheric- and switching-overvoltages.

Once installed and commissioned via Bluetooth LE and a smartphone app, RAM-1’s integrated voltage, temperature, accelerometer, and surge counter sensors enable the user to remotely monitor, analyze and report a range of potential faults. For example, excessive temperature resulting from a possible fire, the collapse of a transmission tower, power outage, or power surges.

From the platform, grid operators can immediately take corrective action in the event of a fault and help improve the overall network's reliability and stability. To avoid the need for frequent maintenance or replacement across geographically vast areas, the ruggedized RAM-1 is powered by a primary Li-MnO2 cell and designed to last up to 20 years in the field. This extended battery life is achieved thanks in part to the low power capabilities of Nordic’s nRF9160 SiP.

Cutting costs and the carbon footprint

As well as improving productivity for electricity grid operators, RAM-1 benefits consumers and the environment. According to estimates, around two percent of electricity is lost on a network due to faulty surge arresters. That lost energy increases the carbon footprint of electricity production, and ultimately, consumers subsidize it through higher utility bills.

Remote grid monitoring technology powered by cellular IoT connectivity can minimize these losses and allocate cost savings. These gains can fund the overall network's development and modernization, improving the quality and stability of the electricity supply for everyone.