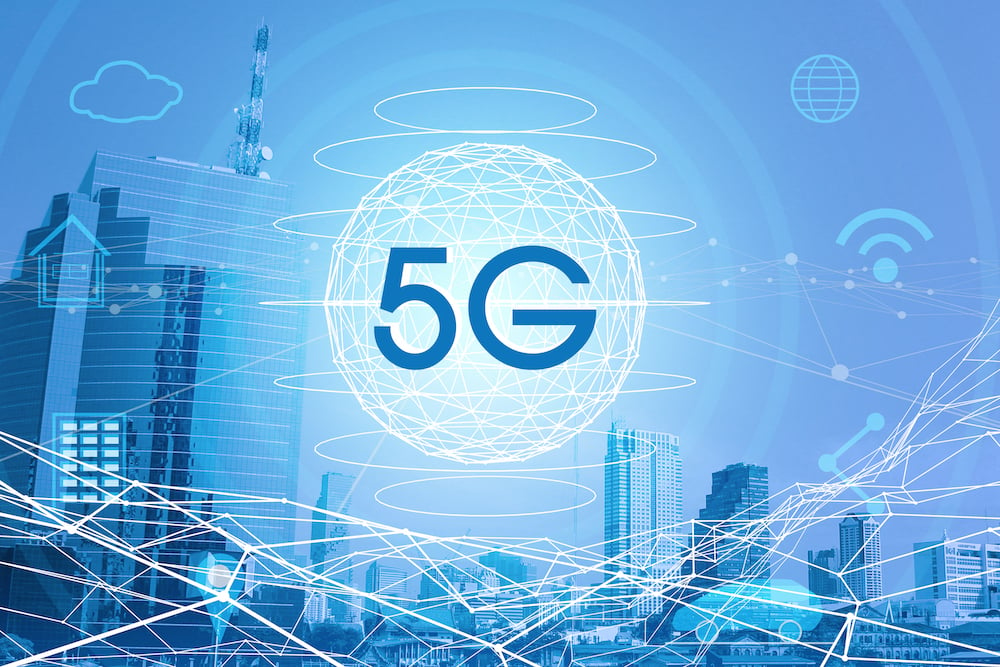 DECT NR+ (NR+) will be the first-ever, non-cellular wireless technology to become part of a cellular generation (“G”) standard, starting with 5G. It's also license-free and targets massive IoT applications targeting millions or billions of nodes. This takes massive IoT over 5G and private 5G networking from unaffordable for all but a privileged few to something any company can access.

The evolution of the modern smartphone – from car phone to handheld mobile and eventually full-blown portable computer in all but name – would have been impossible without quantum leaps forward in cellular wireless technology.

As impressive as today’s smartphone undoubtedly is, it relies on this remarkable cellular underpinning that has not only kept pace with the smartphone’s evolution but has typically been one step ahead. (For example, which came first, the Apple iPhone or 3G? Answer: Apple iPhone 2007, 3G early 2000s.)

Today, cellular wireless technology’s focus has expanded from smartphones (including tablets) to the IoT. This started in 2017 with the launch of the two flavors of long-range cellular IoT technology, LTE-M and NB-IoT as part of Release 13 from the mobile broadband standards organization, 3GPP.

That’s why it would be very unwise to ignore the adoption and publication in June 2020 by ETSI (the European Standardization Organization) of the first-ever non-cellular wireless technology: NR+.

NR+ has also recently been approved as one of the 5G standards set by the ITU-R (International Telecommunication Union Radiocommunication Sector). And the 3GPP added both 5G and NR branding to their IoT offerings starting with Release 15.

That’s a clean sweep as far as cellular wireless technology approval and adoption goes. NR+ could not target at the IoT more and cellular’s traditional smartphone market less. Plus, if the cellular world has called this one right, NR+ will become a key player in massive IoT.

In the simplest possible terms: NR+ is a license-free technology (like ISM band wireless technologies such as Bluetooth and unlike traditional cellular, which is based on licensed spectrum), but will now be built, standardized, and maintained as a cellular-like wireless tech. This will include, for example, a radio physical layer (PHY) and the use of signal modulation and coding schemes that will be instantly familiar to any cellular engineer.

And again, unlike traditional cellular, NR+ will not require a cellular base station to operate. It will operate as a private network using the global, license-exempt 1.9 GHz band, requiring no frequency planning or spectrum leasing costs.

But NR+ will be a state-of-the-art 5G technology that promises to deliver all the benefits of cellular at a much lower cost. These include the seamless ability to scale globally to not just millions but billions of IoT nodes, with cellular’s legendary security and reliability (beyond a few dead spots due more to the physics of electromagnetic wave propagation and interference than any technical shortcomings in cellular).

Failure is not an option

NR+ is a pure-play IoT wireless technology that promises to deliver ultra-reliable wireless connectivity in completely new machine-to-machine (M2M) applications where failure is not an option. Think autonomous self-driving vehicles or high-speed robots that operate alongside human factory or warehouse workers, for example. Or critical infrastructure in buildings, cities, and utilities networks.

This reliability will exceed that of wired installations such as Ethernet. This is because NR+ will employ self-healing mesh networking techniques that eliminate single points of failure. And NR+ promises latencies matching that of wired networks from the start. Nordic’s first nRF91 Series-based NR+ solution, for instance, will offer one-millisecond latency between devices and throughput of 3 Mbps.

This reliability and performance will apply to device densities up to one million devices per square kilometer. It's a performance that makes NR+ a unique wireless technology in a class of its own.

Private 5G for all

There’s a big market for private 4G and 5G networks in the M2M space, so the need and desire for network ownership are already proven.

What’s hindered the rollout of private 4G and 5G networks to date has not been the technology but rather the cost. Building and licensing your own ‘G’ network isn’t cheap. And it wouldn’t support billions of node applications operating nearby either. This has limited the market to only those companies that can afford it. For SMEs, private 4G or 5G has been a financial non-starter.

What NR+ promises to do is democratize access to massive IoT over private 5G-type networks in a way that is well suited to larger-scale M2M applications and particularly the most massive ones in markets such as industrial, smart agriculture, and smart city. And all at a low per-node cost and based on a robust, efficient, and self-organizing network that makes commercial viability a given.

This could unleash the creativity of the world’s best developers and engineers working within the most creative companies: small to medium-sized startups. The cellular industry’s adoption of NR+ may just become as critical and beneficial to the world as its previous technological generations.