Mesh networks in the smart home 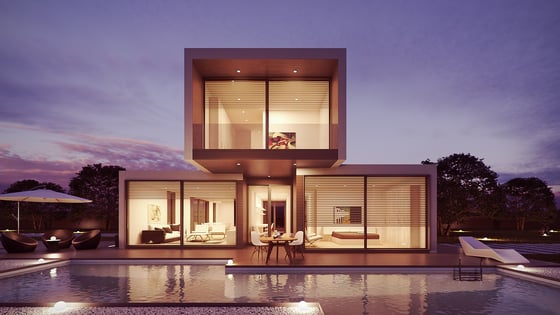 Mesh networks offer great advantages for IoT in the business world. They allow larger-scale deployments to be achieved easier and cheaper than regular networking models. But things are different in the smart home.

Simply put, a mesh network is a network where, instead of each device connecting to a central hub (router, smartphone etc.), each device becomes a node in an interconnected web of devices. Each node communicates with many or all nodes nearby and, eventually, the network connects to a gateway to the Internet. In this way, data has many different potential routes around the network.

As there are many different routes for data, and no single point of failure, the network is much more resilient. If one device breaks, data simply works out another path around it to get where it needs to go. This is the principle behind the Internet, and is one of the reasons why Internet outages are rarely catastrophic and recover very quickly.

Also, because each device doesn’t have to connect to the central hub, the network can be extended much further. Normally you can only connect Bluetooth devices over a range of up to 100 metres outdoors – less indoors, if there are walls in the way. With a mesh network, each device you add can extend this range.

Inside the smart home

Despite these benefits, mesh networks may not always be the most suitable solution for home use. The main disadvantage is that mesh networks are more complicated to setup and run than point-to-point networks.

Unlike businesses, consumers won't be building a mesh network from scratch. They'll buy one or two devices at a time on their journey to a fully smart home. In such a scenario, even if the products are in range, the complexity of mesh networks will outweigh the advantages. To create a worthwhile mesh, a critical mass of nodes is needed so that the advantages outweigh the complexity.

Apple HomeKit hasn’t been a hit yet, but not because there aren’t great devices supporting it. For most people, the benefits of smart connected devices often aren’t big enough to warrant replacing existing devices. As uptake by consumers is slow, the uptake by manufacturers to certify for HomeKit is also slow.

With Bluetooth 5 comes a big potential increase in range, which also has implications for Bluetooth mesh networks. The increase in range comes at the expense of bandwidth, which on the surface isn’t a great problem for IoT. The data packets sent between devices are generally small, so mesh networks should benefit greatly from this change.

Mesh networking offers great advantages in some settings but brings more problems than benefits in others. When looking at how to create smart products – and smart ecosystems – for the home it’s worth bearing this in mind. For a fully smart home, a mesh network is a good solution.

Fast forward a couple of years to when more people have installed smart, connected devices and it will also become a better solution. Instead of mesh being a technology you have to install, the technology will already exist in most homes. For the more typical slow-growth smart homes of today, however, it may prove to be more trouble than it’s worth.