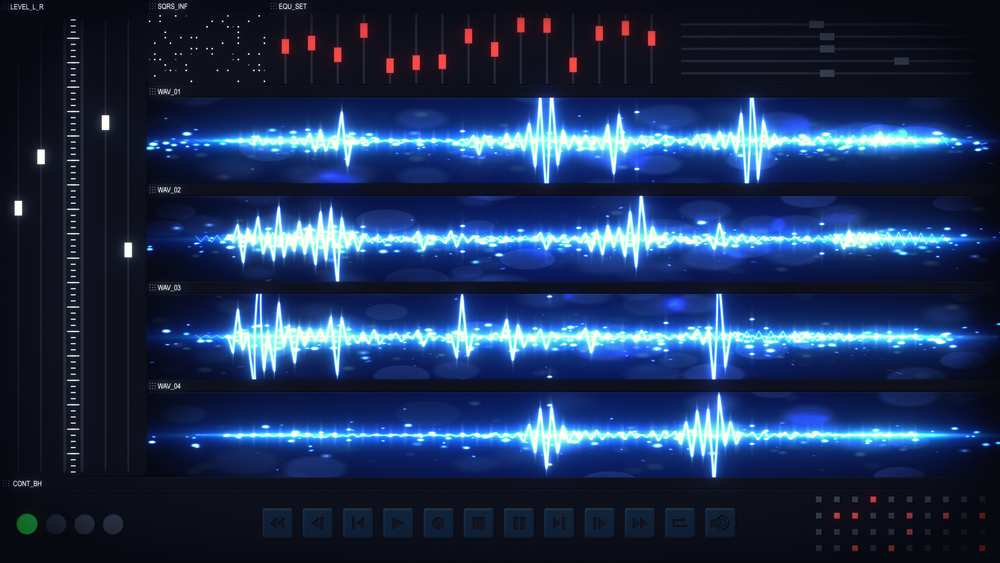 The invention of Thomas Edison’s phonograph—which used a needle to etch a groove, which could then be played back by another needle following the groove’s indentations—heralded the era of recorded sound.

Those grooves, first on wax with mechanical playback and then on vinyl with electrical playback, continued as the mainstay of recorded sound until after the second world war. Then the German invention of magnetic tape became the preferred media for original recordings. Tape lasted until the mid-70s when the analoge era was brushed aside by digital recording using technology pioneered by Sony.

Today, the benchmark for high-quality digital sound is the CD. CD-quality digital technology samples analoge sound at 44.1 kHz with 16-bit precision (1.41 Mbps), a sampling rate sufficient to capture all the sounds humans can hear across the 20 kHz bandwidth of the ear. Such a rich stream of data currently demands a wired circuit to reproduce robustly, but wireless tech is rapidly catching up.

Back in January 2020, the Bluetooth Special Interest Group (SIG) announced work had started on a specification for LE Audio. Hailed as “the next generation” of Bluetooth audio, the organization claimed the new technology—which will support wireless audio streaming over Bluetooth LE—will bring higher quality sound and extended battery life from speakers and headphones.

Read more: LE Audio unveiled as the next generation of Bluetooth audio

LE Audio also brings other new functionality, including multi-stream synchronized audio for applications such as earbuds, and Audio Sharing, whereby a single audio source can be broadcast to multiple recipients.

A key technical element of LE Audio, LE Isochronous Channels, was introduced as part of Bluetooth 5.2. The feature addresses a key drawback of Classic Audio by providing a mechanism that ensures multiple sink devices receiving data from the same source reproduce it simultaneously.

LC3 provides another key part of the LE Audio specification

A significant step towards LE Audio has just come with the Bluetooth SIG’s release of the specification detailing the Low Complexity Communications Codec (LC3). A codec is an algorithm that compresses digital data to reduce the throughput of a wireless link, while a companion algorithm decompresses the data at the other end.

LC3 is an efficient Bluetooth audio codec for use in LE Audio applications. It can encode speech and music at various bitrates by supporting sampling rates of 8, 16, 24, 32, 44.1, and 48 kHz and sample resolutions of 16, 24, and 32-bits. Bit rate flexibility allows developers to trade-off sound quality against power consumption and, in turn, extend battery life or reduce battery size.

LC3 is not the first codec the Bluetooth SIG has unveiled. In 2003, Classic Audio was accompanied by a low-complexity sub-band codec (SBC) designed to boost audio quality at low-to-medium bit rates. Although SBC was moderately successful, proprietary and manufacturer-defined codecs, such as Qualcomm’s aptX and aptX-HD, and Sony’s LDAC, also work well with Classic Bluetooth Audio.

However, according to the Bluetooth SIG, extensive listening tests have shown that LC3 provides improvements in audio quality over SBC, with the most notable improvements occurring at low data rates. Get Connected Blog readers can check out the audible difference between LC3 and SBC by heading to an interactive listening demo on the Bluetooth website.

With good timing, Nordic is now offering its nRF5340 SoC in production volumes together with a production version of the SoC’s development kit and software development tools. The nRF5340 combines a high-performance application processor with a fully-programmable network processor, plus advanced root-of-trust and trusted execution security features. With an LE Audio-enabled software stack, the nRF5340’s radio supports LE Isochronous Channels, and LC3 runs efficiently on the SoC. The nRF5340 also has an on-chip audio PLL for audio synchronization for true wireless stereo playback.

Kjetil is the Director of Product Management, overseeing all product roadmap and product marketing for Nordic Semiconductor.