Battling blazes with the IoT 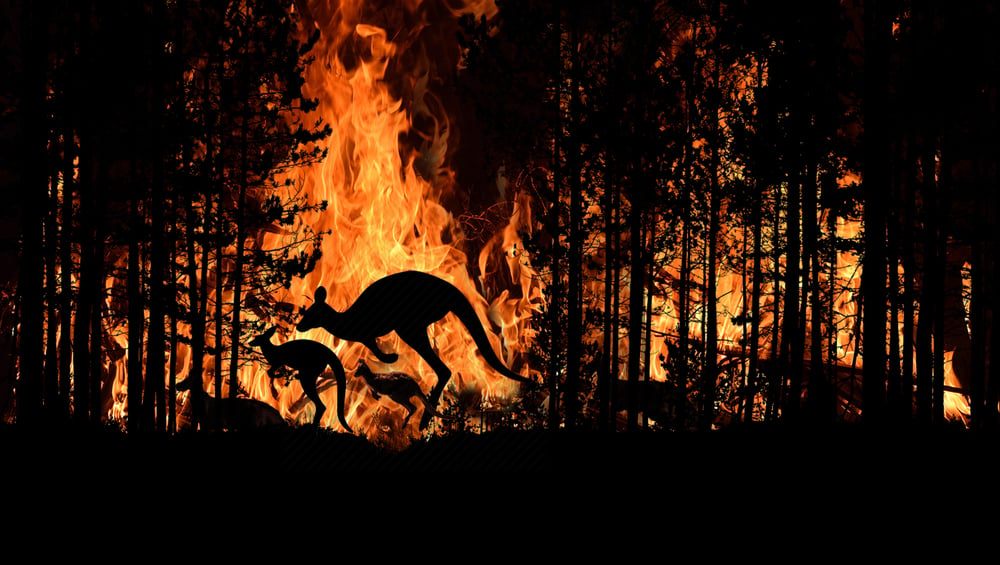 Wildfires have always been a part of human history, but there has been a significant increase in their severity and frequency over the past few decades. And this trend is only set to get worse, with UN researchers noting that wildfire events will become 50 percent more common by the end of the century.

This is due, in part, to the effects of climate change on the environment, as longer drought periods and higher temperatures increase vegetation flammability. In a vicious circle, the carbon emissions from wildfires are also, in turn, accelerating climate change. For example, in 2021 alone, wildfires released 1.76 billion tonnes of carbon into the atmosphere, according to the EU’s Copernicus Atmosphere Monitoring Service.

But wireless tech is now helping the authorities fight fiercer flames or even prevent them from sparking in the first place.

Making the most of IoT technology

One recent example of the devastating effects that wildfires can have was the Australian “Black Summer” of 2019-20. These blazes saw 186,200 square kilometers burned, 3,500 homes lost and the deaths of more than one billion animals. Once the fires were extinguished, an official inquiry on the country’s response efforts found that technology had been under-utilized. Its report urged authorities to take advantage of the available technological and research capabilities.

One specific point raised was the potential of “remote sensing technology”. Such solutions are focused on early detection of blazes, and can better track the flame front’s progression and intensity. Such sensors can also provide insights into vegetation dryness and “fuel load” issues that can help with preventative efforts such as hazard reduction burns.

Further, IoT sensors placed on trees in forests prone to wildfires can detect the gases emitted during the smoldering phase of a fire, providing authorities with an early warning. Sensors can also be used to detect other environmental indicators, such as temperature and humidity levels. And when these devices are integrated with long-range wireless connectivity and dedicated GNSS, they can aid fire crews’ response by pinpointing the precise location of the flame front.

IoT edge devices with embedded machine learning (ML) capabilities bring significant value to the fight against wildfires, as they can analyze continuous sensor data, providing emergency management teams with early warnings when the risk of fire escalates above a predetermined threshold.

Specifically, such devices will be able to provide information on the risk level of fires breaking out, the speed at which they are likely to spread, and any locations of particular concern. This can help crews organize emergency evacuations, send out targeted warning messages, and plan preventative measures to help reduce the chance and severity of any outbreaks.

IoT in use today to prevent wildfire

IoT wildfire mitigation is already being deployed. Following catastrophic blazes in 2021, Vodafone, a large telco, rolled out a network of sensors in a forest in Sardinia, Italy. The sensors were able to communicate with each other in a mesh configuration and with a gateway at the edge of the forest. From this gateway, data about the fires could be sent to the cloud for further analysis.

Another promising IoT innovation is the plan to deploy “sensor node pairs” in Australian bushland. In this solution, tree-mounted sensors will measure temperature, humidity, plant stem water content and wind data, while ground sensors will collect soil moisture data. These variables will then be used to assess fire risk. The sensor nodes use Bluetooth LE to communicate with each other, first responders’ smartphones, and cloud gateways.

Safety for firefighters can also be enhanced using the IoT, using wearable sensors. This could improve safety outcomes by improving firefighters’ real-time awareness of factors such as air quality, temperature, wind direction, and their colleagues' whereabouts.

However, these recent deployments of IoT into deep forests have revealed several key engineering challenges. Due to the size and remote location of many forests, sensors will need to be placed in hard-to-reach areas for extended periods. This makes solutions that support extended battery life and energy harvesting critical.

The large areas requiring coverage also means that reliable connectivity is a key challenge. Technologies such as NB-IoT cellular IoT is ideal, as it offers many kilometers of range for small, battery-powered sensors - exactly what’s required for most wildfire detection implementations.

However, NB-IoT isn’t always an option, due to lack of cellular infrastructure in remote regions. In these circumstances other IoT connectivity alternatives such as DECT NR+ private mesh networks, LoRaWAN or satellite IoT are other possible solutions.

Prevention is better than cure

The official inquiry into Australia’s Black Summer fires also found that the cost of investments in preventative measures was significantly lower than that of the emergency response and rebuilding efforts. Analysis by Switzerland-based Distrelec Group agrees with this conclusion, finding that the cost of fully deploying sensors to cover the forest density of Spain to aid in wildfire prevention was just 0.0083 percent of the amount of money spent fighting forest fires. The group drew similar conclusions for several other European nations.

Although wildfires will still present a major challenge as climate change increases its effect, IoT devices are promising improvements right across the wildfire management lifecycle, from prevention through to response and recovery.