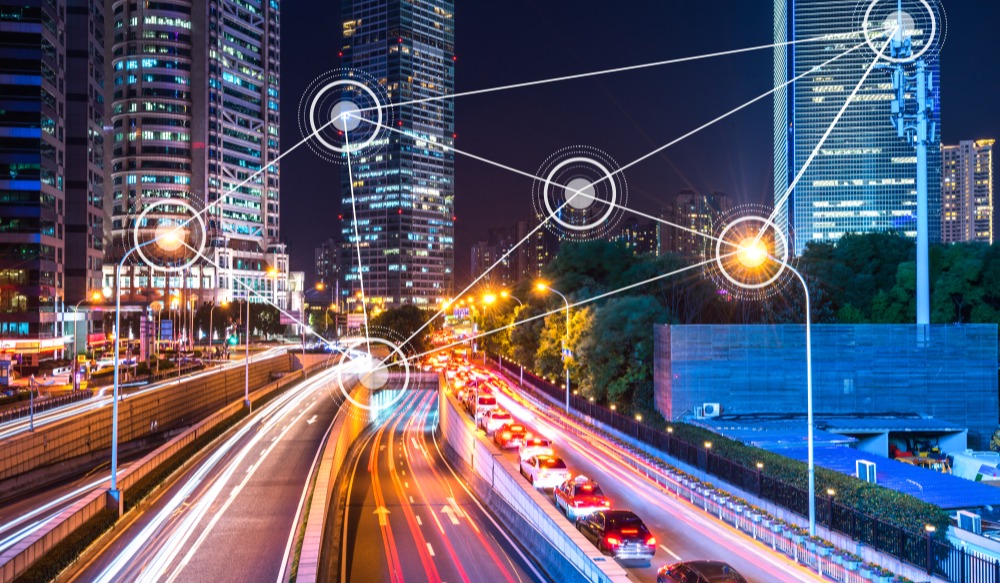 Turning previously ‘dumb’ LED streetlighting ‘smart’ is one of the easiest cost-to-benefit propositions in smart city because it effectively pays for itself. And this is especially true with the advent of cellular IoT technology because it means the supporting infrastructure needed is already in place.

The ubiquity and robustness of LED street lighting posts also provide an ideal physical platform upon which to build any other smart city capabilities.

According to the UN’s Department of Economic and Social Affairs (DESA), seven in ten people will live in a city by 2050 and that mass migration is well underway.

It therefore should come as no surprise town and city authorities around the world are already under severe pressure to provide more or better services with less per capita money as city populations swell. And today that increasing pressure includes demonstrably improving their Environmental, Social and Governance (ESG) performance.

That’s a big ask. And why the smart city market is estimated to be on track to become a $7 billion sector by as soon as 2030.

Thankfully, in the smart city arena, there is an obvious place to start saving on energy consumption and costs. And that is by making existing LED streetlighting smart.

At the simplest level this involves making the streetlighting more responsive to actual local lighting conditions rather than switching on and off to a fixed schedule. On a bright, sunny day the lighting can stay off for much longer than, for example, on an overcast day.

Or if pedestrian numbers or road traffic density is low, the lighting intensity or density may not need to be as high.

But the cost-saving potential of streetlighting reaches far further than minimizing energy consumption. Smart LED street lighting can also be continuously monitored. This opens up the capability of identifying and predicting streetlight faults.

As a result, costly maintenance crews can be dispatched to work much more optimally by, for example, inspecting and repairing clusters of streetlights in one location. And because this reduces the number of kilometers they need to travel in their service vans, it also helps reduce pollution.

Over time, the energy and maintenance cost savings of making LED streetlighting smart typically pays for the entire upgrade.

But cost savings are not the only benefit of smart street lighting. Street lighting posts are located everywhere that humans go. They are physically robust (tall, weather-proof and secure), and they have a mains power supply in case battery power is not viable.

While the benefits of shifting to smart LED street lighting and smart city are becoming ever more clearly defined, the only downside is technological complexity.

Most local town and city authorities are staffed by people who are not IoT or IT experts and don't want to be.

Yet these are key decision-makers when it comes to street lighting and smart city. The easier smart city vendors make city staff lives, the easier it will be for them to decide to go down the smart city route.

One Nordic customer that completely understands this challenge is leading smart city device provider, Urban Control. The company has developed a retrofittable smart LED streetlighting luminaire controller that is said to be able to make any LED streetlight instantly smart with 'plug&play' simplicity. This includes using an industry-standard Zhaga LED lighting socket.

In operation, the Urban Node 324 leverages a Nordic nRF9160 multi-mode NB-IoT/LTE-M SiP to provide the cellular IoT communication that enables the controller to be remotely operated by any smart city Central Management System (CMS) based on the common ‘TALQ’ smart city standard.

By using cellular IoT, the controller can leverage existing global cellular network infrastructure ‘out-of-the-box’ just like a smartphone, as well as scale cost-effectively from one streetlight up to millions. It also eliminates the need for non-technical town and city authorities to have to worry about building and managing a specialized wireless IoT network.

There is another final benefit of cellular IoT wireless technology in smart city that is often overlooked but equally vital: it avoids any concerns about technological obsolescence.

Change is a given in any technology industry, and the pace of change only ever seems to increase. Wireless IoT is no exception. And over the typical two, three or even four decade lifespan of an urban streetlight, no one expects to wake up one day and find there is no cellular wireless network functioning outside their door.

Cellular IoT provides future-proofing that is second-to-none when it comes to wireless IoT. With it, all the scalability, quality-of-service, security and reliability benefits the world has come to expect from cellular and rely upon.