Smarter homes with Samsung and Bluetooth 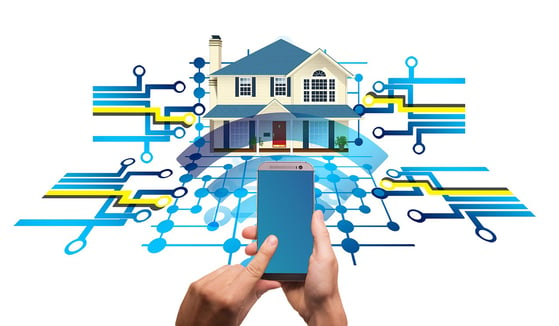 The vice president of Bluetooth Special Interest Group said that he expects to see mesh networking technology play a bigger role in the smart home technologies being developed by the South Korean tech giants.

Samsung is one of the most important members of the Bluetooth SIG - an alliance of thousands of technology companies - as they sell more Bluetooth products annually than any other company. Bluetooth is included in every Samsung smartphone and tablet, but the company has to date chosen Wi-Fi for its smart home products.

Simply put, mesh networks are many-to-many networks where all devices can talk to each other without having to go via a central hub or router. This makes communication easier and more reliable and removes a ‘single point of failure’. Bluetooth devices are also much more energy efficient, saving users money, and once they’re implemented, mesh networks can make it easier to add and remove devices.

Mesh networking already makes sense for commercial applications where you have large open spaces, such as warehouses and offices, with large numbers of devices deployed close enough together to form a viable mesh of devices.

Mesh in the future smart home

In the smart home, where the environment – for example, thick internal walls – can seriously affect the range of Bluetooth communication, and where you may only have two or three devices, using Wi-Fi makes a lot of sense. But as more smart devices become available, Bluetooth mesh becomes a much better option.

The increased range of Bluetooth 5, and the introduction of mesh networking to the standard, has the potential to bring huge advances in the speed, reliability and ease of creating a truly smart home.

With major players such as Samsung looking seriously into the idea, it seems only a matter of time before we will see mesh network technology grow from an industrial niche market into a major feature of the smart home.