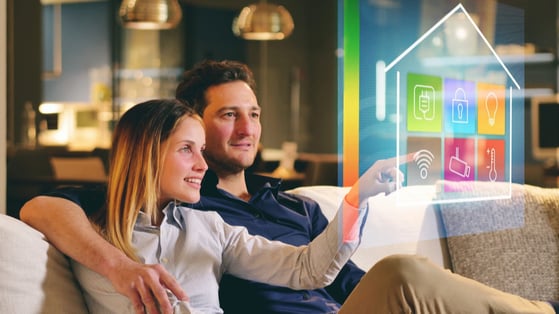 As the much-paraphrased quote goes: “It’s tough to make predictions, especially about the future.” Twentieth-century predictions for today’s smart home are a case in point. As recently as 1999, 'experts' predicted that by 2005 we would have articulated two-armed house cleaning robots that could tidy up the place as well as wield a vacuum cleaner. Fast forward to 2022, and the suggestion is as far-fetched as ever.

A lack of interoperability solved by Matter

Beyond the wild predictions, the promise of the fully integrated smart home has fallen well short of expectations. Smart home devices often fail to work together seamlessly and consistently. Products built for one ecosystem don't always work as planned in another.

For example, a digital voice assistant from one manufacturer can encounter problems configuring and controlling smart lights or a home alarm system made by another vendor. When it comes to technology, the modern homeowner is conditioned to expect 'plug-and-play' performance, and the lack of interoperability in today's smart home devices is holding the industry back.

There's now hope in 'Matter', a new connectivity standard for the smart home developed by Connectivity Standards Alliance (CSA). Matter works by building on top of existing smart home wireless connectivity technologies Thread and Wi-Fi (plus Bluetooth LE for commissioning), and the Ethernet wired protocol. It provides a unifying application layer that manufacturers can develop to, guaranteeing the compatibility and interoperability of their products.

For consumers, Matter promises simplicity. Instead of having to work out if a Nest thermostat is Apple HomeKit compatible or whether an Amazon Echo device can control a third-party smart lock, buyers can just seek out the Matter seal of approval on devices and be assured of interoperability. For manufacturers, the product development process is also streamlined with a single standard to which to build. Matter is also IP-based, providing developers with a common and well-established foundation for communication.

But by far, Matter's greatest attribute is the unprecedented consensus behind it. More than 200 companies have come together to develop Matter. This includes tech giants Apple, Google, and Amazon, large and small device manufacturers, and wireless connectivity specialists like Nordic Semiconductor.

In a typical smart home setup, lower power Matter devices would thus typically run across a Thread network, while devices with higher power and data bandwidth needs will use Wi-Fi. Matter supports the Thread, Wi-Fi and Ethernet protocols for device-to-device communication, while Bluetooth LE is used for commissioning and configuring new devices to a network.

Matter is also supporting manufacturers to overcome other well-known smart home pain points, such as the setup of new devices. For instance, Amazon is working with leading brands to launch its "zero-touch" Frustration-Free Setup on its Matter-certified devices. This will enable consumers using Amazon's ecosystems to simply take a device out of the box, plug it in, and wait for an automatic connection to the smart home network.

Another feature of the Matter spec, 'Multi-Admin,' is also expected to make life easier by allowing connected devices to be easily controlled by multiple smart home ecosystems. This will be critical to liberating customers from single vendors, allowing them to mix-and-match brands according to need and preference.

Matter is scheduled to roll out in the northern hemisphere autumn of 2022, a few months later than previously announced. CSA says the delay will allow it to launch with a larger pipeline of Matter-enabled devices and to perform greater amounts of testing to ensure all devices and platforms work smoothly together. 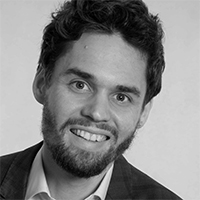 Finn Boetius gained his Industrial Engineering degree from the University of Applied Sciences Aschaffenburg (2014). He earned his Master Craftsman Electrician title from the Chamber of Crafts in Flensburg. Finn started his career as a Product Marketing Manager for microcontrollers at Rutronik in Germany. He soon switched to work as an automotive Field Application Engineer (until 2017). After three years leading a specialized electrician company, Finn started working as a Product Marketing Engineer for Nordic. Finns focus areas are Thread, Zigbee, Bluetooth Audio, and working towards distribution partners.