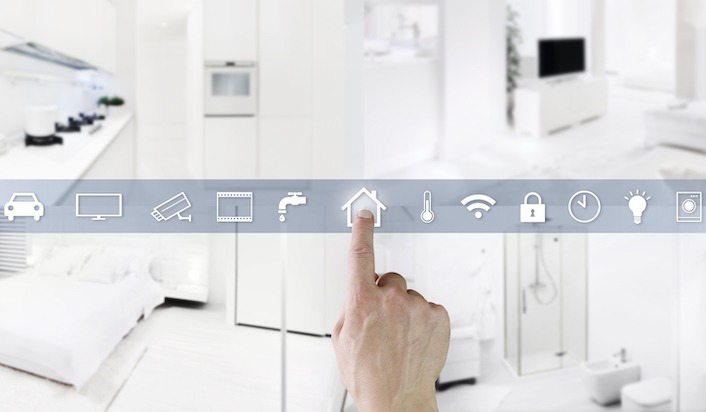 From a simple roof over our heads to a suitable place to work, travel, and shop, we spend so much of our lives indoors that creating the best possible environment is key to human wellbeing. Wireless technology can help.

Creature comforts in the smart home and building

Since the start of the Covid-19 pandemic, the need for well-being has become even more pressing. This is because we’re spending more time inside than ever, making things like good lighting, comfortable temperatures, and decent air quality essential to long-term health.

However, a good indoor environment is not just limited to health. Lighting, temperature, humidity, general air quality, and access can affect several other factors, including productivity in a work environment, protection of manufacturing assets and perishable goods, and even consumer spending patterns in a retail environment.

Environmental impacts of the smart home and building

The environment can also benefit from effective building management. Optimizing electricity and water through actions such as fixing leaks, turning off lights when no one is present, or turning down air conditioning units in offices between certain hours is important. And the impact can be significant; according to architecture2030.org, building operations are responsible for up to 27 percent of total annual carbon dioxide emission.

In addition, wasted energy can affect the operational costs of buildings. These expenses can also be substantial; architects recommend allocating around 4 percent of the original cost of a new building each year for maintenance and repair – and even more as the building ages.

The power of wireless

Introducing a wireless IoT solution provides automatic and precise centralized control of a building’s services, including HVAC, electrical systems and lighting, access control, safety systems (such as emergency lighting and fire detectors), and smart building sensors (such as those for occupancy, asset tracking, and desk usage).

Wireless networks also support sensors to monitor the status of building infrastructure such as detecting leaks, lighting that’s about to fail, inadequate insulation, or break-ins. Such predictive maintenance eliminates the cost of sending out maintenance personnel at scheduled intervals. It saves money by allowing problems to be fixed before serious damage has occurred and limiting energy bills.

Minut’s The Point is an example of a smart home alarm that enhances safety. It uses temperature, motion, and humidity sensors, as well as sound recognition and air pressure detection to alert the user through their smartphone if anything out of the ordinary occurs.

A second example of a current commercial safety device is Level Home’s Level Lock. This wireless smart lock can be activated remotely, and used without the need of a physical key. Authorized guests can also be issued with their own ‘digital key’, or—using the ‘Party Pass’ feature—several nominated guests can be admitted within a specified period. This device is compatible with both Apple HomeKit and Amazon Sidewalk.

Until recently, there has been a largely piecemeal approach when implementing wireless building automation. There is a wide range of standard and proprietary wireless protocols to solve the problem. Each offers a satisfactory solution but lacks interoperability and a large vendor ecosystem, leading to market fragmentation.

Matter—a new connectivity standard developed by Connectivity Standards Alliance (CSA)—offers the best hope for unifying wireless building automation. It works by building on top of the existing wireless connectivity technologies Thread and Wi-Fi (plus Bluetooth LE for commissioning), and the Ethernet wired protocol. Matter is Internet Protocol (IP)-based, providing developers with a common and well-established foundation for communication. Key to its future commercial success is a unifying application layer that ensures compatibility and interoperability between building automation products now and into the future.

Thread is a secure IPv6 wireless mesh network developed for the smart home, tuned for reliability and low latency, and now expanded to commercial applications, thanks to the new 1.2 features. It works particularly well for lower-power devices such as building sensors and door locks, and it is scalable to support large networks.

In a typical building automation setup, simpler or lower power devices would typically run across a Thread network, while devices with higher power and data bandwidth needs will use Wi-Fi.

Read more: An introduction to Thread

The start of a revolution

Buildings are expensive undertakings and are designed to last for decades. It is difficult for architects to predict what technology is round the corner and then make provision for it in the building design. But the beauty of wireless technology is that it can be added to a building after it’s built, and the wireless tech firmware can be updated over-the-air throughout the hardware’s life to add new features and security. And low power wireless technology sensors don’t even have to be wired into mains power because battery-power is sufficient to operate them for years.

The final piece of the puzzle is unification across the popular wireless protocols, Bluetooth LE, Thread and Wi-Fi. That is now coming following the adoption of Matter by more than 200 companies, including some of the largest in the world, and by recognizing IPv6 and Bluetooth LE as the foundation of IoT.

That means the revolution in building automation is now underway.