The Spy Inside the Smart Home 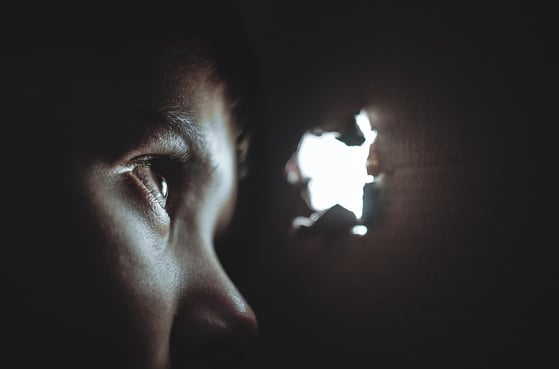 Is the smart home ready for mass consumption? One researcher wasn’t so sure when setting out to find out what data is going where in her connected apartment.

The researcher set out to equip her home with as many smart gadgets as possible. Employing a special router that monitored data transmission, she found the results alarming.

They found that whilst many devices encrypt their data – a good thing – many still transmit some data in the clear. Netflix, for example, encrypts streams but doesn’t encrypt thumbnails so anyone listening in could easily find out what someone is watching based on the thumbnails Netflix is sending to their devices. You can read the full article over on Gizmodo.

The problem is that even with encrypted data, the metadata is often enough to give away important private details of someone’s life. With a connected bed, lights and door lock, it could be possible to discover exactly when someone is awake, asleep, at work or at home just by when those devices are transmitting data.

More worrying for vendors, however, could be the researcher’s conclusion:

The main thing the researcher took from the experiment is that, far from making their life easier, it actually made it harder, or at least more annoying. That’s not the message that most smart product manufacturers would want to hear.

When you get into the details of what they did, however, perhaps the situation isn’t quite as dire as the writer makes out. As one reader pointed out in the comments:

“Of course you found your new smart home annoying: you just bought every product on the market without considering your actual needs! This would be akin to blindly ordering a wardrobe of clothes on the internet and then complaining that none of the clothes matched your style or fit you correctly.”

Which nicely illustrates the problem. The smart home needs to be something that grows organically, on the customer’s own terms. Simply buying up every gadget out there will lead to a mess of interoperability problems and annoyances as someone tries to come to terms with so much change in their daily life.

Manufacturers still have a way to go in sorting out interoperability issues and ensuring devices add value rather than annoyance. Integration with services such as Amazon Echo and IFTTT will soon be a minimum requirement if it isn’t already.

Keeping data from leaking out – making sure any traceable network access is strictly necessary, for example – is also very important.

Edge computing could help this by collecting and processing data from a Bluetooth Mesh network in the house. Then only the stuff that really needs the power of the cloud is sent.